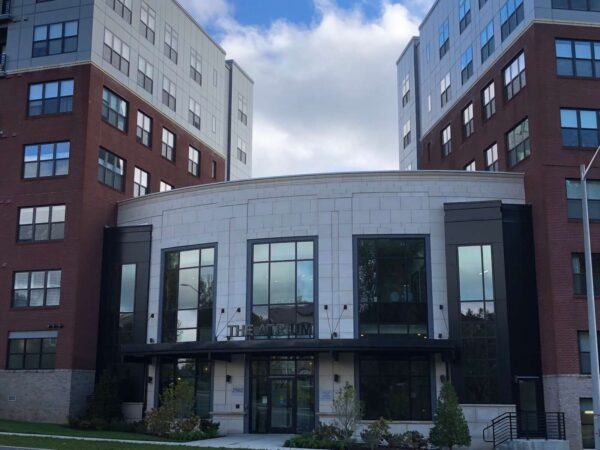 After 15 years of treading water, the mixed-use development promised to residents of the MetroWest community south of the Vienna Metro station is finally inching closer to becoming a reality.

When it meets on Dec. 8, the Fairfax County Planning Commission is poised to approve revised plans that will enable developer Pulte Homes to construct 480 residential units across five buildings with a resident-only swimming pool, a public courtyard, and 35,000 square feet of ground-floor commercial uses, including retail and a daycare center.

“The overwhelming comment that I’ve heard in a lot of deliberations with the community is, ‘When are you going to be done?'” DLA Piper partner Antonio Calabrese, who represents Pulte, said at a public hearing on Nov. 3. “…We want to see the retail, we want to see the restaurants, we want to see the daycare, swimming pool, the amenities, the courtyard, and other things. So, we’re trying to achieve that objective.”

The planned development will expand on the 500 townhouses and condominiums that Pulte has already built at MetroWest, which occupies 56 acres bounded by Saintsbury and Vaden drives to the north and west and Route 29 to the south.

Pulte has also built 206 units for residents 55 and older in The Atrium at MetroWest, and the developer Silverstone Senior Living added another 154 units with the opening of The Providence, an assisted living facility, in March.

However, the office buildings and 135,000 square feet of commercial space have yet to materialize, stalled by economic uncertainties and disputes between Pulte and fellow developer CRC Companies, which will construct the four buildings on the site closest to the Vienna Metro station.

As a result, the only dining option currently available to residents within walking distance is a takeout food service that The Providence opened to the public in October.

Though he didn’t elaborate on the conflict, Calabrese said last month that the developers were having “productive discussions” to resolve their issues before the planning commission votes on Pulte’s proffer amendments, which he argued will help advance both Pulte and CRC’s parts of the project.

“To be frank, there are a lot of factors that have held these properties hostage,” Calabrese said, citing the challenges facing the office market as one issue. “I think we now have before us a solution.”

At the same time that Pulte’s application has gone through the rezoning process, county staff have been reviewing a site plan that CRC filed on Aug. 31 for two of its five planned buildings.

The future town center that CRC has envisioned for its 9.8-acre portion of MetroWest will have up to 900 residential units and 100,000 square feet of retail space, along with the office building:

The submitted site plan concerns buildings 6 and 10, which will be constructed first. Buildings 7, 8, and 9 as well as a plaza on the north side facing the Metro station will be added in future phases, CRC explained at a virtual community meeting on Sept. 27.

If the site plan and construction permits are approved, CRC anticipates breaking ground on building 10 in mid-2022, the developer confirmed to Tysons Reporter on Oct. 28.

At the community meeting, CRC shared plans to build a 2-acre interim park on the site that will eventually be taken over by Building 7. The park will be delivered concurrently with Building 10, which is projected to finish construction around mid-2024.

“Not only do we view this interim park as a strong opportunity for placemaking, which will help attract future residents or visitors to the site, but it will also be a great amenity for the existing neighborhood,” CRC Senior Development Associate Dan Glavin said.

Proposed activities at the park include a dog park, space for community events and casual recreation, a kids’ play area, a community garden, and space on Saintsbury Drive for commercial activities, such as a farmers’ market, food trucks, or seasonal pumpkin or tree sales.

Even if construction starts next year as hoped, it may be a while before any specific retail tenants are identified.

“The reality of the retail leasing environment is it’s very difficult to get someone to commit to a lease before they see a physical building,” Nolan said. “…But the buildings will have retail, and we want to provide the flexibility as you build these buildings for 50 years to accommodate a retail environment that will transform and change.”