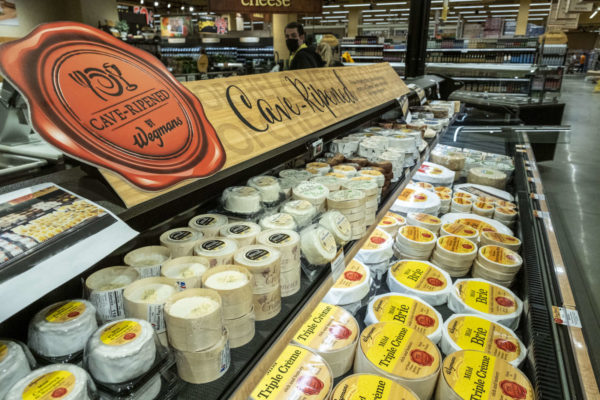 The grocery store chain announced this morning (Monday) that, starting on Dec. 1, it will no longer offer single-use plastic bags at its four Fairfax County stores, including the one at Capital One Center in Tysons (1835 Capital One Drive South).

Plastic bags will also be removed from stores in Fairfax, Alexandria, and Chantilly.

The move comes in anticipation of Fairfax County’s new 5-cent tax on disposable plastic bags, which will take effect on Jan. 1.

Wegmans will still have paper grocery bags available for a 5-cent fee that will be donated to the nonprofit United Way and each store’s food bank, according to the news release.

“We’ve always understood the need to reduce single-use grocery bags,” Jason Wadsworth, Wegmans packaging, energy, and sustainability merchant, said. “By eliminating plastic bags and adding a charge for each paper bag, our hope is to incentivize the adoption of reusable bags, an approach that has proven successful for us in New York State and Richmond.”

Since introducing reusable bags in 2007, Wegmans has stopped using single-use plastic bags in New York and, as of 2019, at two stores in Richmond.

Local grocers took different stances at a public hearing before the Fairfax County Board of Supervisors voted to adopt a plastic bag tax ordinance on Sept. 14. The county was the first locality in Northern Virginia to implement the new tax but was soon joined by Arlington County and the City of Alexandria.

Enabled by a state law passed by the Virginia General Assembly in 2020, the measure is also being considered in the City of Falls Church and Loudoun County.