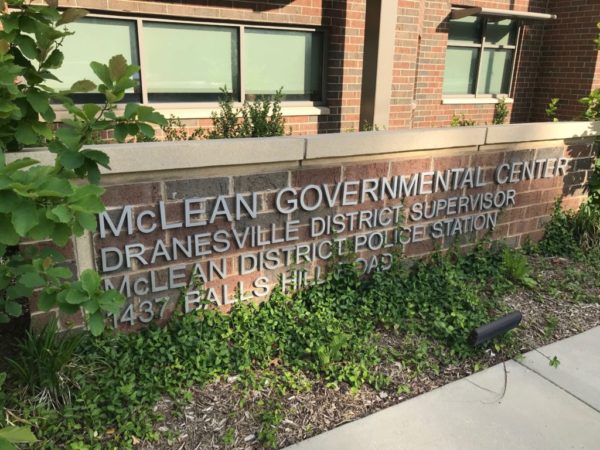 Lee cited taking care of the wellbeing and health of the station’s officers as his primary priority, followed by providing proper education and being proactive in preventing crime.

“If we don’t take care of our officers, we can’t really carry forward with the mission,” Lee said.

The station’s goals also include maintaining a strong relationship with the community in its purview and ensuring a high level of public engagement, he added.

“The police can’t do it by ourselves,” Lee said. “…As much as I love having our police officers everywhere we go, it’s not viable and just not possible. You guys are really our eyes and ears, and can help us tremendously in continuing to make Fairfax County safe.”

The MCA board also asked Lee about the impact of COVID-19 and the police department’s reported staffing shortages.

Starting tomorrow (Saturday), district stations will move some officers from specialty groups, such as the selective enforcement team or neighborhood patrol bike teams, to help fill patrol staffing needs, according to Lee.

He described the FCPD’s current vacancy levels of around 140 officers as “not usual” and “rather high.” However, Lee stated the McLean District Station has enough staff members to move around and “not really” take away from its specialized teams.

Most officers are vaccinated against COVID-19, and those that aren’t are getting tested regularly, according to Lee. He surmised the greatest impact of the pandemic was felt in early 2020 when the department was trying to minimize contact to avoid infections among officers.

When asked about priorities for the county’s upcoming fiscal year 2023 budget, Lee said the FCPD would like to see an increase in compensation to become more competitive in recruiting and retaining employees, echoing what officials told the Board of Supervisors last week.

Police and Fire Chief to Speak at Upcoming Forum

MCA will get a more countywide perspective on local public safety activities later this month with a forum featuring Fire and Rescue Chief John Butler and Police Chief Kevin Davis, who is speaking to the community group for the first time since taking office in May.

According to a notice from MCA, Butler and Davis will discuss their priorities, challenges, new initiatives, employee morale, fire and crime prevention, and how their departments have been affected by the growth of the Tysons area.

Davis will also talk about the FCPD’s School Resource Officer program. Neighboring Arlington County and the City of Alexandria removed SROs from schools earlier this year, though the latter reinstated the program after seeing several violent incidents to start the school year.

Some racial justice advocates have called on Fairfax County to end the use of SROs, but their efforts haven’t gained the same momentum so far.

The public safety forum will be held at 7 p.m. on Nov. 17. Advance registration is required to obtain the Zoom link, though the event will also stream live on MCA’s Facebook page.

Questions for Davis and Butler can be sent to [email protected]