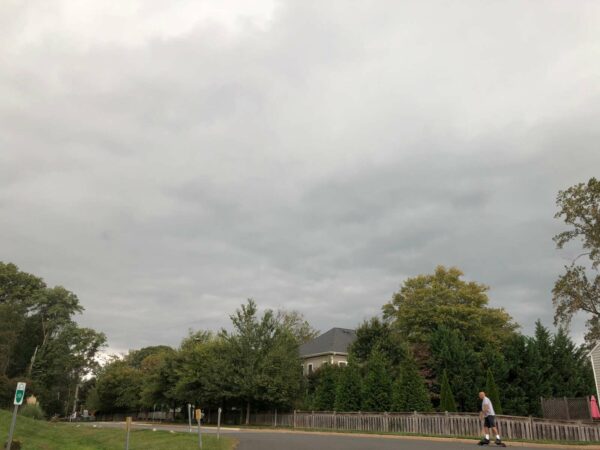 Metro Announces Reduced Service Today — “As part of the investigation into the Blue Line derailment, Metro is holding out of service all of its 7000-series railcars, which is nearly 60% of its rail fleet. Without these railcars, Metro will operate about 40 trains tomorrow — offering a basic service pattern on all lines of trains departing about every 30 minutes.” [WMATA]

Why a Police Helicopter Dropped by Vienna on Friday — “Look what dropped into Vienna today — Fairfax 1, the FCPD helicopter! More than 100 children of police officers who were killed in the line of duty spent the day at the Vienna Community Center to participate in fun activities, including getting a close-up look at Fairfax 1.” [Town of Vienna/Twitter]

Major I-66 and I-495 Closures Start Tonight — “All lanes of I-66 West approaching Route 7 (Leesburg Pike) will close nightly, Monday through Thursday, October 18-21, for continued bridge beam installation at the I-66/I-495 Interchange…Additionally, multiple lanes will be closed on the northbound I-495 general purpose lanes near I-66, as well as a full closure of the 495 Express Lanes, and associated ramps at the I-66 and I-495 interchange so that this work may be implemented.” [VDOT]

Vienna Hit by Pumpkin-Throwing Spree — Three different Vienna residents told police that someone threw a pumpkin at their parked vehicle overnight between Oct. 12 and 13. The tossed squashes shattered the windshield of a resident in the 500 block of Birch Street, shattered the rear window of a vehicle at 1200 Ross Drive SW, and damaged the trunk of a resident in the 900 block of Echols Street SE. [Vienna Police Department]

McLean District Police Report Robberies — Five or six men with a gun approached a victim in the 7200 block of Arlington Boulevard on Thursday (Oct. 14) and took personal property, according to police. Three days earlier, two men reportedly assaulted an individual and demanded property in the 7900 block of Tysons Corner Center. No injuries were reported in either case. [FCPD]

Volunteers Sought for Tysons Block Party — Celebrate Fairfax is seeking volunteers for its next Tysons Block Party, which will take place at the former Container Store now known as The PARC (8508 Leesburg Pike) on Friday and Saturday (Oct. 22-23). Anyone interested in volunteering can sign up through a form linked in the organization’s Twitter bio. [Celebrate Fairfax/Twitter]