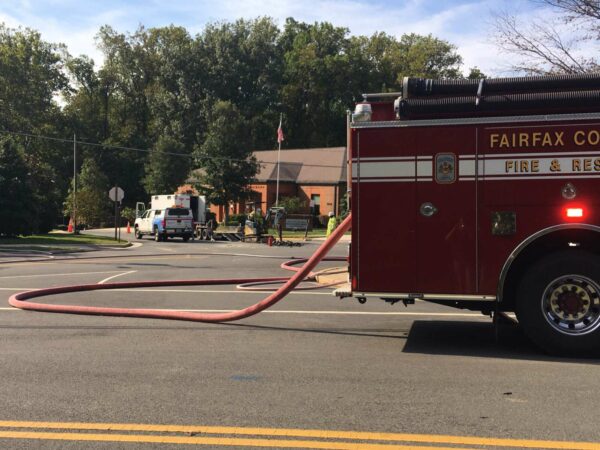 Metrorail Returns Normal Service After Train Derailed — “On Friday, October 15, normal service will resume on the Blue, Orange, and Silver lines. Intermittent delays are possible as the investigation into Tuesday’s derailment continues.” [WMATA]

Vienna ExxonMobil Now Serves Up Indian Cuisine — “Raja and Bindu Puri opened Chit Chaat cafe inside the gas station at 200 Maple Avenue E a few months ago. The husband and wife do all the prep and cooking. Their children Neil, Maggie, and Nikki take on respective roles in operations, finance, and social media. Although it’s not the family’s first restaurant, it’s their first one surrounded by fuel pumps.” [DC Eater]

Sexual Assault Reported Near Bailey’s Crossroads — Fairfax County police are looking for two men who reportedly broke into a woman’s apartment in the 6000 block of Knollwood Drive around 5:10 a.m. yesterday morning (Thursday). The woman told police that she woke up to one of the men sexually assaulting her. He punched her, and they ran from the apartment. [WTOP]

Tysons Senior Living Development Lands Construction Financing — “Mather, an award-winning senior living provider, announces that it has secured $300 million in construction financing for The Mather, a luxury Life Plan Community being constructed in Tysons, Virginia, with the syndicated transaction led by The Huntington National Bank. Expected to open in 2024, The Mather is a $500 million development.” [The Mather]

I-66 Paving Work to Close Lanes and Ramps in Vienna — I-66 East will be reduced from four to three travel lanes throughout the day tomorrow (Oct. 16), with just a single lane open overnight today and tomorrow. The Nutley Street North and South ramps will also be closed from 10 p.m. to 5 a.m. for paving work as part of the Transform 66 Outside the Beltway project. [VDOT]