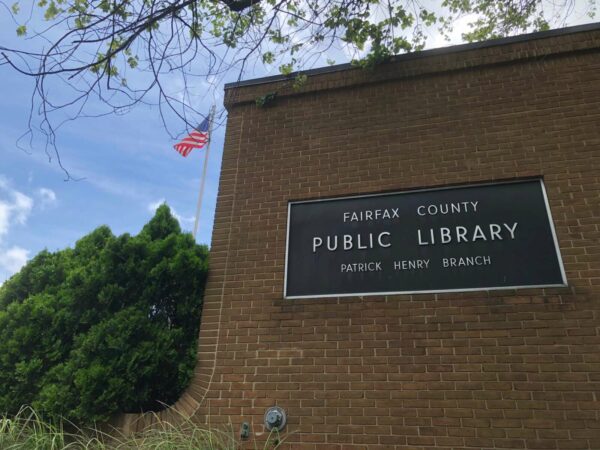 Fairfax County will kick off another design phase for its redevelopment of the Patrick Henry Library (101 Maple Avenue East) in Vienna this fall, about one year after voters approved bond funding for the project.

The 2020 library bond included $23 million to replace the existing 13,800 square-foot facility with a 21,000 square-foot library as well as a parking garage that will be jointly funded by the county and the Town of Vienna.

RRMM Architects is an Arlington-based firm that has handled several library renovation projects, including the Fairfax City Regional Library overhaul.

Originally opened in 1971, the Patrick Henry Library was last renovated in 1995 and is now one of the busiest community locations in the county’s public library system, according to North.

According to the FY 2021-2025 capital improvements program (CIP), the current building has an antiquated layout that does not reflect modern library design or use. The planned expansion will add 7,000 square feet with more public seating and a larger children’s section.

North says the new facility will also have “upgraded building systems for operations and energy efficiency” with the goal of achieving LEED Gold certification.

“Statistics for this location indicate the door count is 4.6% of the system’s FY 2016 total and its circulation is higher than all but one other community [library] and greater than Sherwood Regional,” the CIP said. “Program attendance is consistently among the highest for a community location and customers at this location are diverse and represent a cross-section of County population. Usage patterns indicate that of the locations in this cluster, this branch is a preferred destination of many patrons.”

Initial designs for the redeveloped library were presented to the Town of Vienna in 2019.

After some uncertainty, Vienna also came to an agreement with Fairfax County last year on the construction of a 213-space parking garage that will serve the new library and the general town. North said the parking garage is included in the design of the project.

Given the current timetable, it could be late 2024 or early 2025 before the new Patrick Henry library is finished.

“Once the design contract is awarded, its typically a 1-2 year design & permitting process, and 2 year construction process,” North said. “Final design would be late Fall 2022/Early Spring 2023, based on current project schedule and then construction would commence after that.”