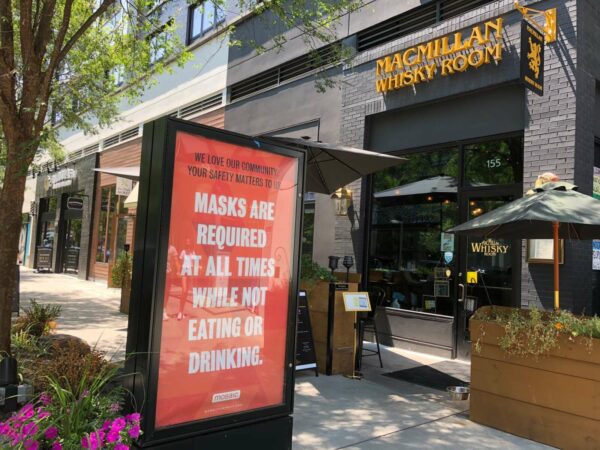 Virginia Requires Vaccinations for All State Workers — About 122,000 state employees must show proof that they have gotten a COVID-19 vaccine by Sept. 1 or undergo weekly testing with proof of a negative result, Gov. Ralph Northam said yesterday (Thursday). Noting that 98% of COVID hospitalizations since January have been unvaccinated people, he encouraged local governments and businesses to adopt similar mandates. [Office of the Governor]

Woman Shot by Fairfax County Police Officer Charged — “Fairfax County Police Chief Kevin Davis on Thursday released body-camera video of the July police shooting of a resident of a group home for the intellectually disabled…Police identified the woman who was shot as 30-year-old Jiyoung Lee of Springfield. Lee, who was later charged with assault on an officer, was taken to the hospital following the shooting and is still recovering.” [The Washington Post]

County Prosecutor Launches New Specialized Units — Fairfax County Commonwealth’s Attorney Steve Descano announced on Tuesday (Aug. 4) that his office has established two new teams that will focus exclusively on domestic violence cases and crimes against children. The units will consist of 15 new prosecutors who will all be trained in working with victims of trauma. [WTOP]

Capital One Hall to Hold Job Fair — Scheduled to open on Oct. 2, Capital One Hall (7750 Capital One Tower Road) in Tysons will hold a job fair from 11 a.m. to 2 p.m. and from 5-8 p.m. on Tuesday (Aug. 10) as the performance venue prepares for its inaugural season. Available positions include bartenders, cooks, banquet servers, dishwashers, security, audiovisual technicians, and more. [Capital One Hall/Twitter]