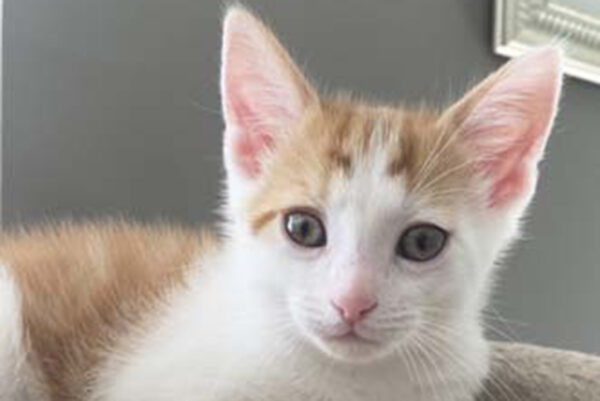 This week’s Pet of the Week is Ricky Martin, a friendly and easygoing kitten who’s looking for his forever home.

Here’s what his friends at 4Paws Rescue Team have to say about him:

Ricky Martin is the most adorable, playful kitten! The only kitten in his litter, he has learned to get along with just about everyone! Ricky Martin is extremely playful and can entertain himself with any toy, often turning a sock, a string or any other object into something fun. (He also loves dog toys!) He loves playing with other cats and dogs.

Ricky Martin is being fostered with his mom, Selena, two resident cats and a dog, and he gets along with them all. He has been around other dogs and cats that have been brought into the home, as well as children. He would be a great addition to any household!

Kittens his age must be adopted in pairs unless there’s another young cat in the home already. He could easily be paired with his mama, Selena Wise. His estimated birth date is 5/16/21, which means he’ll be ready to go to his forever home anytime now. His mama tested negative for FIV and FeLV. He has had or will have age-appropriate vaccinations and microchipping before adoption; he will need to be neutered when old enough.

Are you ready to live la vida loca with Ricky Martin?