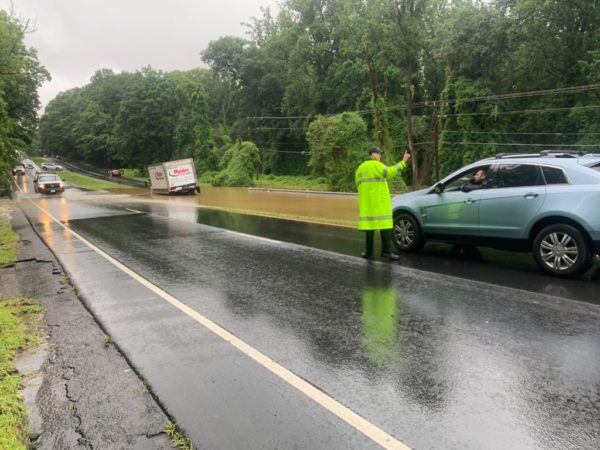 The National Weather Service has issued a Flash Flood Watch for the D.C. area, including Fairfax County.

The alert will take effect at 2 p.m. tomorrow (Thursday) and last through 8 a.m. on Friday (June 2). Thunderstorms could bring up to four inches of rain in some locations.

Here is more from the alert:

* From Thursday afternoon through Friday morning.

* Several rounds of thunderstorms are expected Thursday afternoon through early Friday morning with localized rainfall rates of up to 1-2 inches per hour possible. Total rainfall amounts of 1-3 inches, with locally higher amounts up to 4 inches are possible.

“You should monitor later forecasts and be prepared to take action should Flash Flood Warnings be issued,” the NWS says.

According to the NWS forecast for Tysons, the storms are expected to bring the area’s temperatures from the 90s back to the 60-70 degree range for the weekend, setting the stage for a mostly clear, sunny Independence Day.