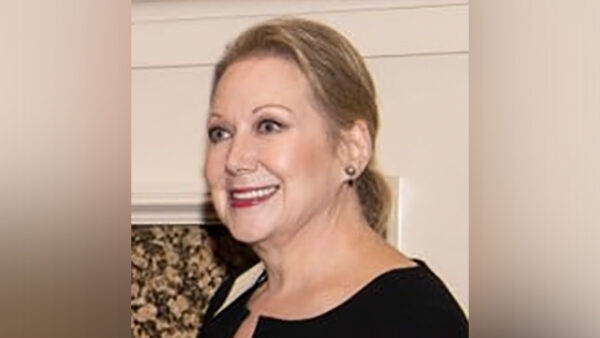 True to her past as a former presidential staffer and Pentagon assistant, Sondra Seba Hemenway stayed up until 3 a.m. tweaking a TV script for a Fairfax County leader the night before a filming for Women’s History Month.

Hemenway was helping out as part of the Fairfax County Commission for Women, which acts as an advocacy unit, even as she missed some meetings due to cancer treatments after melanoma developed in her eye. All the while, though, her cancer was worsening.

Hemenway died Saturday (June 5) at her home in McLean, according to her obituary. She was 67.

“She fought for her life the way she fights for women and girls in marginalized communities,” said Lisa Sales, chair of the county women’s commission, who recalled Hemenway staying up late to help her with the Channel 16 TV program.

Hemenway had served at one point as vice chair of the commission with Sales, but when that title was removed, she still maintained her key involvement.

Her attention to detail and research resonated with Sales, who recalls regularly receiving a supportive hug or hand on the shoulder from Hemenway.

A sunny, sparkling woman from Hot Springs, Arkansas, who spoke with a Southern drawl, Hemenway served the White House Office for Women’s Initiatives & Outreach, Department of Defense, and White House Office of Presidential Personnel in the Clinton-Gore administration.

“She was a real connector,” said Audrey Sheppard, who worked in the Department of Defense’s Office of the Secretary, noting that Hemenway’s mother and former President Bill Clinton’s mother were best friends in Arkansas. “What would pop into her brain — ‘Oh, you have a problem? Here’s a person who can help solve that problem or here’s a person who would want to know about this issue or challenge.'”

Sheppard remembers first meeting Hemenway, who had been selected to be her special assistant in the early ’90s under Secretary of Defense Les Aspin.

“She appeared one day in the Pentagon. I had never heard of her, I had never met her, and she just radiated her Southern charm and had this — an enormous can-do way about her,” Sheppard said, describing her as charmingly persistent. “And she made things happen.”

When Aspin resigned and several people found their jobs in jeopardy, Hemenway threw her support behind her former supervisor to help Sheppard get a position tied to the White House. In following years, she would repeatedly introduce Sheppard to people as her old boss — even when Sheppard sought to change that.

“She was just very generous, and that was part of her generosity,” Sheppard said. “She wasn’t transactional…It just came very much from her heart.”

During Hemenway’s illness, Sales would send flowers, likening her to a sister and mother that she never had. But in the same fashion as her mentor, Sales went above and beyond, tracking down a flower shop in Alexandria that would deliver flowers to McLean. She usually ordered them in the colors of the suffrage movement: purple, white, and gold.

“She’s so special, I wanted something special for her anytime I ordered something for her,” Sales told Tysons Reporter, at times crying while recalling the memory of her friend.

After the TV show, Hemenway had a 4-foot-tall gift of flowers sent to Sales’s home.

She’s survived by her husband, father, brother Brian Seba of Las Vegas, and other family members.

Hemenway was also a board member of the Fairfax County Convention & Visitors Corporation and the Sewell-Belmont House and Museum — a women’s history landmark now known as the Belmont-Paul Women’s Equality National Monument — on Capitol Hill.

When there were needs, she responded not just with ideas, but with research, networking, fundraising, and more.

“She was always the first to write a check,” Sales said.

When Hemenway met Kari Galloway, the executive director of the Alexandria-based Friends of Guest House, which helps women get back into society after jail, Hemenway continued to keep in touch, sending her articles even if it just meant contacting with her a few times a year, Galloway said.

“She was always interested in how to support people,” Galloway said. “It’s nice to know someone was always thinking about you.”