The Town of Vienna is leading the way in Virginia with a newly conceived celebration of four amendments to the U.S. Constitution that enshrined the rights of people of color and women.

The town announced on Friday (March 12) that planning for the inaugural Liberty Amendments Month celebration is officially underway, and community organizations, businesses and individuals are encouraged to help shape the four weeks of festivities.

Liberty Amendments Month is the brainchild of Vienna Town Manager Mercury Payton, and the Vienna Town Council adopted a resolution on Dec. 7 to officially recognize the occasion. It has since been ratified by the Virginia General Assembly as well.

“We all can celebrate these amendments that ensure rights and liberties for each of us,” Payton said.

Patrons of the now-passed bill included Del. Mark Keam (D-Vienna) and state Sen. Mamie Locke (D-Hampton), who was one of Payton’s professors at Hampton University, Inside NOVA reports.

“I’m so proud that the Town of Vienna is leading the way in initiating this holiday and month-long commemoration of these fundamental rights that we all cherish,” Mayor Linda Colbert said. “I’m especially proud that Town Manager Mercury Payton came up with the idea and has worked hard to see it become a reality.”

In the wake of last summer’s racial justice protests, Payton conceived of Liberty Amendments Month as a celebration of the 13th, 14th, 15th, and 19th Constitutional amendments, which abolished slavery, granted citizenship to anyone born or naturalized in the U.S., and extended voting rights to all citizens regardless of race and gender. 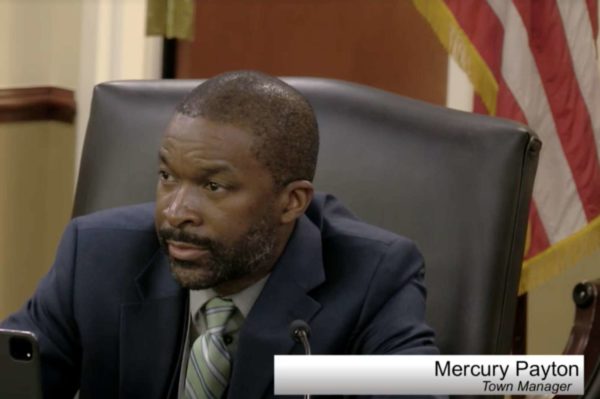 Liberty Amendments Month will begin on June 19 — also known as Juneteenth — with an educational event that will “offer a thoughtful reflection on the liberties assured by these four amendments to the U.S. Constitution,” according to the town.

Each of the next four weeks will be dedicated to one of the four liberty amendments with contests, lectures, classes, themed restaurant specials, walks, art exhibits, films, and performances.

The celebration will culminate on July 19 with a multicultural festival featuring food, drinks, crafts, and entertainment from around the world. The Vienna Town Council has designated that day as Liberty Amendments Day, replacing Columbus Day on its list of official holidays.

“There’s lots to celebrate here,” Councilmember Chuck Anderson said. “This is going to be a people’s event just as the Constitution is the people’s document.”

Groups interested in sponsoring, participating in, or hosting events can apply online by April 1.

The town is advising planners to accommodate COVID-19 restrictions and social-distancing guidelines, which could still be in place this summer.

Planning meetings will be held at 5 p.m. on the fourth Tuesday of each month. Interested organizations can contact [email protected] for a Zoom link to the meetings or more details.