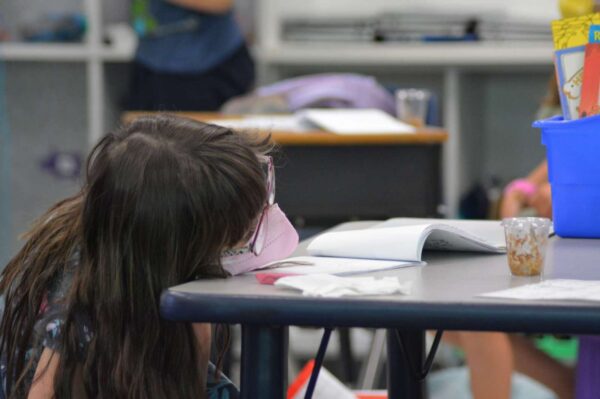 The Falls Church City Public Schools School Board unanimously approved a $53.6 million operating budget for the 2022 fiscal year on Tuesday (May 11).

The budget, which includes $43.8 million in revenue from the City of Falls Church, is balanced, provides wage increases for staff, and meets budget guidance from the city, according to school staff.

“The budget is, in my estimation, a celebration,” FCCPS Superintendent Peter Noonan said during the school board meeting.

At this time last year, FCCPS and the school board were “cutting hundreds of thousands of dollars” from the budget and unable to increase staff compensation, Noonan noted.

“As we moved through the budget this year, we’ve been able to accomplish some things that were a long time in coming, and it does represent a turning point in the COVID-19 crisis that we’ve been in,” the superintendent said. 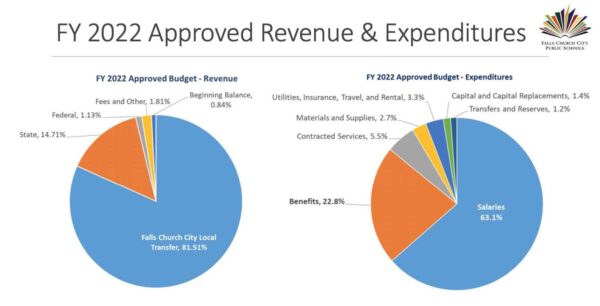 For the third year in a row, the budget meets a directive from Falls Church City to limit any increase in city transfer funds to no more than 2.5% over the current budget and to avoid increasing the real estate tax rate, according to the school division.

Overall, the budget marks a 3% increase from the current budget with support from a $470,000 increase in state funding, thanks to “a substantial jump in sales tax revenue,” FCCPS says.

Federal revenue, primarily for special education, will increase by $32,000.

The budget includes a “well-deserved” step increase for eligible employees, averaging 2.5%, as well as a 1.5% cost of living adjustment for all staff, Noonan said. The budget also accounts for a projected 2.4% increase in health insurance costs.

“We are able to take care of staff and faculty,” he said. “This not only helps our employees but it helps us grow salary scales, which will ultimately impact our ability to continue recruiting staff. We remain competitive in the region, and we have great benefits as well.”

The current fiscal year 2021 budget eliminated salary increases for staff due to the economic downturn caused by the pandemic.

With the new budget, FCCPS will hire a school counselor to lower the ratio of students to counselors in response to new state legislation. New positions have also been added for an additional social worker, an English-Language Arts coordinator, and three more custodial staffers for the newly opened high school, which was recently renamed Meridian High School.

School Board Chair Shannon Litton lauded FCCPS for the completion of the high school campus project.

“We know that that was an incredible feat that it is completed on time and on budget,” Litton said. “I think in the midst of this year it’s gotten overlooked, but it was honestly an incredible thing you’ve accomplished.”

Meanwhile, FCCPS projects enrollment to go up by 101 students from Sept. 30, 2020, bringing the total population up to 2,605 students.

“FY 2021 enrollment was lower than we projected,” a staff presentation said. “However, we are already seeing enrollment recovery and are expecting to have a further increase in enrollment next year.”

Read more →
More Stories
This weekend’s open houses: May 14, 2021Here are the top Tysons Reporter stories of the week