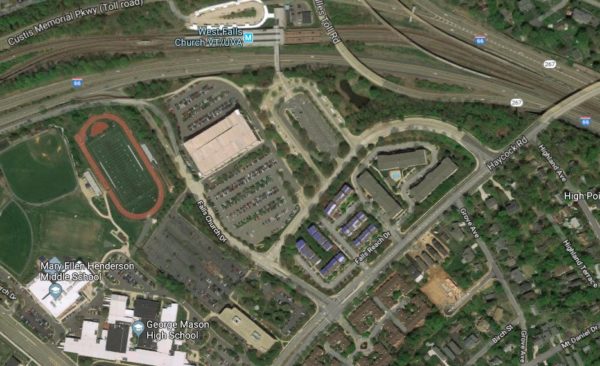 The arduous journey toward a re-imagined West Falls Church Transit Station Area is drawing to a close with the last two approvals slated for this summer.

“I want to thank the entire team for two-and-a-half years of dedicated work on behalf of the Dranesville district,” Dranesville District Supervisor John Foust said during a community meeting on Tuesday (May 11). “This has been a long, difficult process, and as a consequence, the product is much better. The time was well spent. The product is good — and getting better — and we still have some time.”

The development plan will go before the Fairfax County Planning Commission on June 16 and the Board of Supervisors on July 13. The plan was narrowly approved by a task force that voted 5-3-1 earlier this month.

When the proposed plan was presented to the community for the first time on Tuesday, however, some residents expressed concerns about traffic along Haycock Road, pedestrian safety, and distance from Virginia Tech’s property.

“I’m not anti-development, but I’m really concerned,” one attendee said. “I’ve been trying to get our streets to be safer as they’re crowded with cars.”

Predicting that the new I-66 exit ramp will pour traffic into the new community, she asked staff to find a way to make it inconvenient to “pop out onto Haycock Road” for those looking to get to Tysons, DC or Arlington “as fast as possible.”

“I know every area is screaming for sidewalks, but one thing you could do is paint the speed limit or look at other creative, inexpensive ways that communities have found to reduce the speed and the number of cut-thru cars, and make better buffers and calming measures for people who live here, pay taxes and are part of the community,” she said.

The draft plan includes language directing the county to develop a West Falls Church Active Transportation Plan with recommendations for transportation improvements that will increase connectivity, fill in missing or inadequate facilities, and promote walking and bicycling.

“County staff are working on this,” county transportation planner Tim Kutz said. “A follow-up motion will be approved after the plan amendment goes forward and we’ll be reaching out in the fall to continue engaging with you. Getting your perspective is going to be critical in developing recommendations to increase active transportation in the area.” 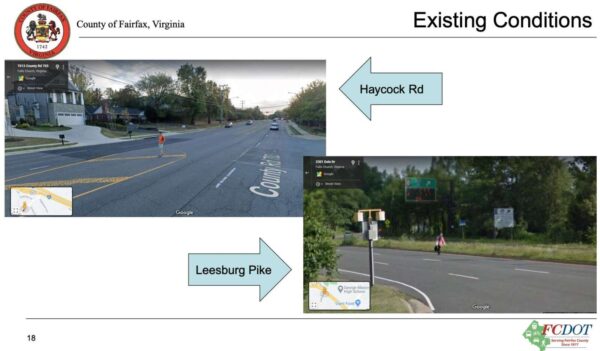 Residents worried there was little to ensure the local government implements those changes, but staff said these changes will happen when developers come into the picture.

More landscaped buffers and green spaces have been added to the plan, according to staff.

New plans have not materialized for the Virginia Tech property after the university nixed a project to expand its Northern Virginia Center with a design school and other facilities. But some task force members were keen to get a buffer between the campus and nearby housing.

“We’ve added an additional landscaped buffer between Virginia Tech and the Villages condominium, and added additional language that strengthens the buffer, and creates a linear park,” Botello said.

Housing will be separated from Virginia Tech by landscaped buffers, a pedestrian walkway, a road and streetscaping, according to the plan. 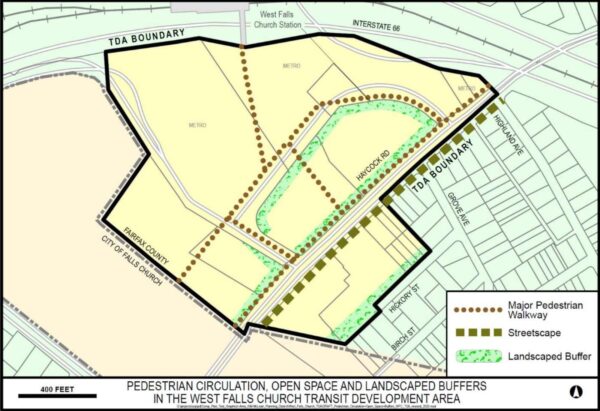 The new plan envisions a sequence of parks through the area instead of the courtyard featured in the current comprehensive plan.

“There are really a lack of options for accessible parks south of I-66, so it was certainly a priority for us when we were drafting the plan,” Botello said, noting that the park areas shown below could take the form of pocket parks, urban greens, or a civic plaza.

A recreational park is envisioned at the northeast corner of the study area, at the corner of Haycock Road and Metro Access Road. 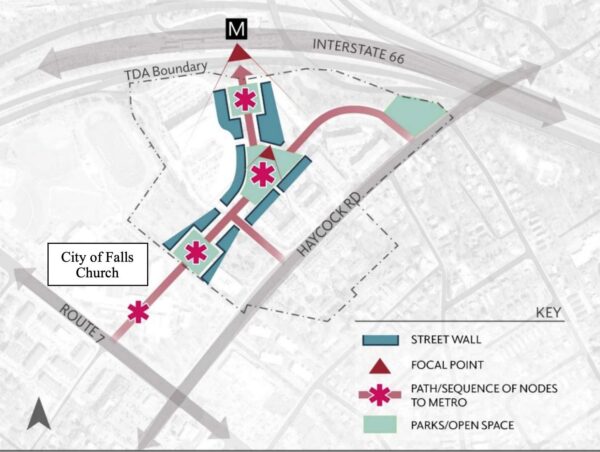 The weekend is almost here. Before you embrace the new season at a local fall festival or head to bed for some much-needed sleep, let’s revisit recent news from the Tysons…

A new rebate program that starts next year would give thousands of dollars to Virginians who buy or lease an electric vehicle. But it’s not funded. Fairfax County officials said the…

Open houses this weekend include a 4 BD/5.5 BA single-family home in McLean. It features a formal living room with a gas fireplace and a library.

While Bisnonna Bakeshop got the most high-profile welcome, the Italian bakery isn’t the only recent newcomer to Tysons Corner Center. One week earlier, Extreme Halloween started haunting the mall’s large,…