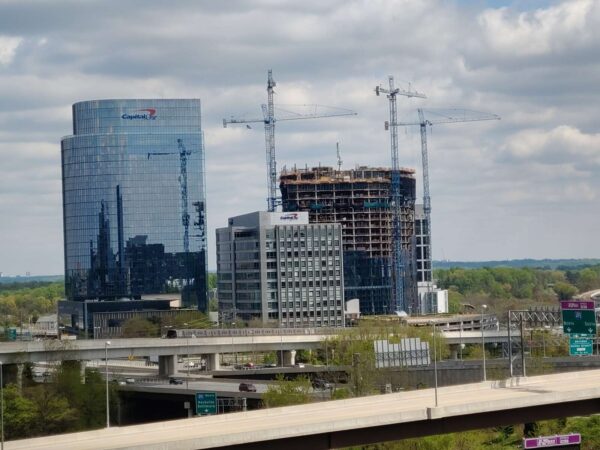 Virginia Reviewing New Mask Guidelines — The CDC released new guidance yesterday (Tuesday) stating that people who have been fully vaccinated don’t need to wear masks outdoors except when in a big crowd of strangers. Gov. Ralph Northam’s press secretary said in a statement that the governor’s office is reviewing the guidelines “to determine if and where we need to make changes” to Virginia’s mask requirements. [Office of the Governor]

New Police Chief Use-of-Force Record Scrutinized — Incoming Fairfax County Police Chief Kevin Davis lost two lawsuits over his use of force when he worked in the Prince George’s County Police Department in the 1990s. In the first case, the plaintiff said Davis pulled him over without giving a reason and violently arrested him, while the second victim alleged that “Davis and other officers essentially kidnapped him for a night.” [NBC4]

McLean Day Goes to the Drive-Thru — After getting canceled last year, McLean Day is returning on May 15 as an in-person, drive-thru event with live entertainment, including jugglers, an aerialist, a DJ, and animals. Admission to the annual festival is free, and it will take place from 11 a.m. to 5 p.m. in the McLean Community Center parking lot (1234 Ingleside Ave.). [MCC]

Selfie Studio Coming to Tysons Corner — “Selfie WRLD, a franchise with more than 20 locations across the country, is opening a “do-it-yourself photograph studio” in the Tysons Corner Center mall on June 5…The venue will feature at least 25 different eight-by-eight-foot selfie stations, including a retro pink-and-green diner, a private jet, an upside-down room, a patriotic ball pit with lifeguard stand, and lemon lime neon-colored jail cell with lit-up “smooth criminal” sign (yup).” [Washingtonian]