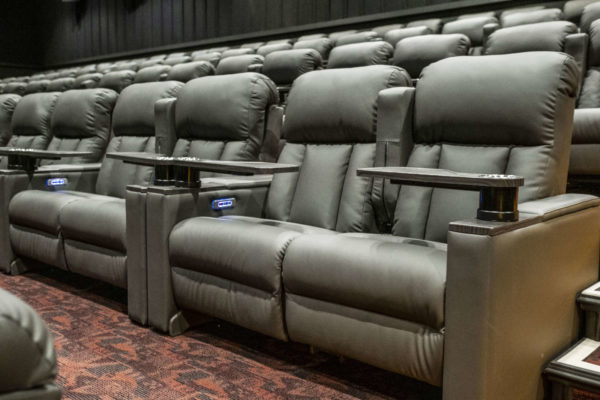 After months of economic uncertainty and upheaval, movie theaters are hoping to make a comeback in 2021.

Last weekend, the monster mash-up “Godzilla vs. Kong” scored the biggest opening at the U.S. box office since the COVID-19 pandemic threw Hollywood’s release calendar into disarray in March 2020. The recent reopening of theaters in the major markets of New York City and Los Angeles has the industry hoping for a revival this summer, despite the loss of some beloved exhibitors.

Locally, the ShowPlace ICON Theatre at The Boro announced earlier this week that it will reopen next Friday (April 23). This will essentially be a second chance for the theater to introduce itself to Tysons after it held a grand opening in February 2020 only to be shut down by the pandemic a month later.

Like other theaters in the area, ShowPlace initially opened its doors again in August, but a dearth of major new releases and the challenges of operating under Virginia’s capacity limits led the venue to close again in September.

The theater hopes the opening will stick this time, offering “Welcome Back” discounts on tickets and concessions. A recent poll suggests audiences are becoming more comfortable with the idea of sitting in a darkened room among strangers.

However, much of that confidence hinges on vaccines taking effect, and with COVID-19 cases on the rise again, going to an indoor movie theater still poses some health risks, particularly for people who have not been vaccinated yet.

With ShowPlace planning to reopen, how comfortable do you feel right now about going to the cinema? Have you already taken in a blockbuster or Oscar contender, or are you waiting for vaccines to become more widespread?

END_OF_DOCUMENT_TOKEN_TO_BE_REPLACED

More Stories
Morning NotesFairfax Water flushes the past year out of its system, leaves funny smell