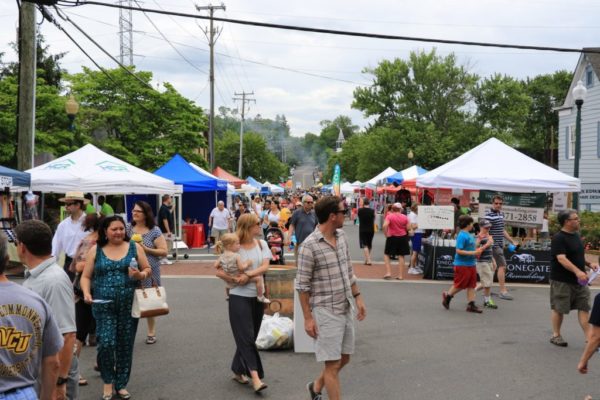 After a year off due to COVID-19, ViVa Vienna is coming back — but planners warned that it will still be a little different than past years as pandemic precautions linger.

ViVa Vienna, a festival hosted by the Rotary Club of Vienna, is still scheduled to host around 550 visitors and 160 vendors. But planner AJ Oskuie said at a Vienna Town Council meeting last night (Monday) that the Rotary Club is trying to keep awareness of the festival fairly low-key.

“We’re not advertising beyond Vienna,” Oskuie said. “We want it to be Vienna-centric.”

There was previously some discussion about postponing the festival, which is typically held on Memorial Day weekend, depending on the state of the pandemic and Virginia’s COVID-19 rules on crowd sizes, but the event now appears to be scheduled for May 29-31, according to its website.

Given that the pandemic has left some folks a little stir crazy and hungry for public events, Oskuie told the town council on Monday that the Rotary Club is trying to prevent folks from swarming the event.

“Information is key to this,” Oskuie said. “Trying to get in front of this to create awareness so we don’t have issues, particularly on the safety end. We don’t want people showing up, bottlenecking, trying to get into the rides. That’s probably our biggest point of concern right now.”

This year, Oskuie said most of the acts lined up will be children and family-friendly. Vendors will also be set up with social distancing in mind, providing at least 10 feet of space between tents to give folks space to pass each other. The food court that’s accompanied the festival in the past will also be absent this year.

“We’re pleased with where Rotary has gone with this,” Vienna Parks and Recreation Director Leslie Herman said. “We’re confident this event can be held safely.”