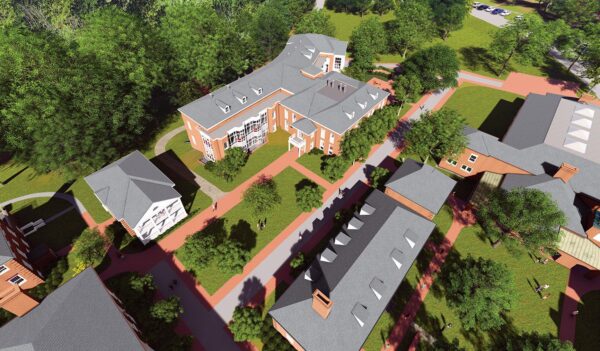 A planned overhaul of The Madeira School won the uncontested endorsement of the McLean Citizens Association last week as it moves towards the Fairfax County Planning Commission for review.

The Madeira School is an all-girl’s private school at 8328 Georgetown Pike in McLean founded in 1906. While not looking to expand its student population, the school is hoping to expand and renovate some of the outdated buildings.

The centerpiece of the proposal is the removal of the site’s existing science building so it can be replaced with a new structure with upgraded classrooms. Other additions include a stables building, a new residential hall, and new faculty housing.

In an article on the school’s website, school administrators say the new classrooms will replace outdated 1970s facilities that don’t meet the school’s needs and are difficult to maintain.

“Replacing Madeira’s current science facility is a critical need — and not only because our curriculum has outgrown it,” the school said. “We are limited by our current building, constructed in the 1970s, which is extremely costly to maintain, has an insufficient number of classrooms, antiquated laboratories, structural flaws, and inflexible spaces. The new building will elevate the program for Madeira’s engaged students and signals a bold new standard.”

With very little discussion, the McLean Citizens Association voted to approve a resolution endorsing the school’s application to amend its existing special exception permit during a board of directors’ meeting on April 7.

The Madeira School’s application to the Fairfax County Department of Planning and Zoning states that it is seeking the following modifications and improvements:

The proposed improvements and uses are accessory to the existing primary use as a private school of general education with an enrollment of more than 100 students. None of these projects will encroach into the existing RPA. All previously approved structures that have not yet been constructed are deemed to be approved pursuant to the previous approvals and are depicted

The Planning Commission hearing for the project is scheduled for Wednesday, April 28.