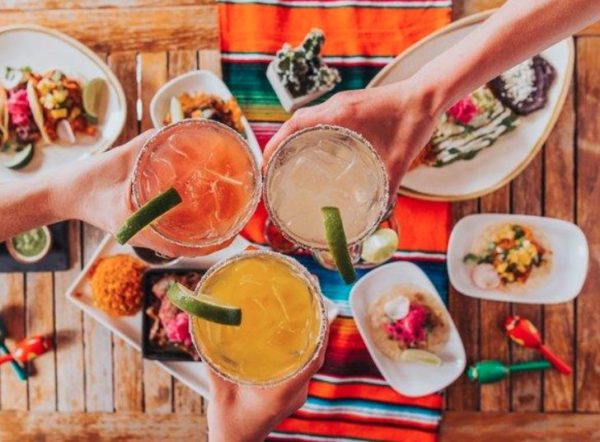 Foodies can once more celebrate the restaurant community in the greater Tysons area starting Monday (April 12).

From Monday through Sunday, April 18, about a dozen restaurants will be participating in the Tysons Regional Chamber of Commerce Restaurant Week.

Eateries will offer fixed-price menus for lunch and dinner as well as a featured cocktail. All items will be available for dine-in or takeout.

This follows on the success of the chamber’s first restaurant week, which was held in October to support the local restaurant industry during the COVID-19 pandemic.

Tysons Regional Chamber of Commerce Board Chairman Andrew Clark says this spring restaurant week is part of a constant effort to create a community within Tysons by connecting people to restaurants, businesses, and places.

“I love when people get to discover Tysons, and this is a reason to do it,” Clark said. “We’re giving people a reason to move, and from that, life happens.”

Describing himself as a creature of habit, the chairman says Restaurant Week encourages people an opportunity to take risks and try something new.

“With enough little things over the span of the year, instead of the exception, [going out] becomes part of their routine — and that’s enough for me,” he said. “That makes a difference in our community.”

With COVID-19 vaccines getting distributed and the state opening up, Clark says that “the needle is moving.”

“The numbers aren’t where they ought to be, but they’re moving in the right direction,” he said. “Restaurant Week is a catalyst. People that are on the fence — they want a nudge. It’s an awakening.”

After the first restaurant week, patronage was up 50 to 70%, he said. In round two, he is looking for another bump in engagement that results in a sustained increase in patronage.

“That’s how we know we succeeded,” he said.