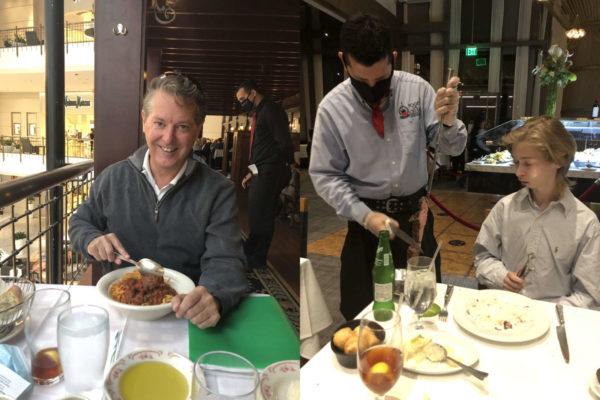 Tysons’ first Restaurant Week, which ran from Oct. 12-18, was a “huge success,” according to restaurateurs.

When the Tysons Regional Chamber of Commerce followed up with each of the 19 participating restaurants, they each reported soaring sales.

“We followed-up with each restaurant, and they all reported significant sales increases, some as high as 50% since reopening after Covid-19,” said Dane Scott, the managing partner of Seasons 52. “And my restaurant is in that category.”

Guests had the option to eat in or take home food from fixed-price lunch and dinner menus that were designed specifically for Restaurant Week and showcase classic dishes, seasonal options, and fan favorites. The Tysons Regional Chamber of Commerce hosted the event.

“We actually had the busiest week of any week since we reopened, which was a huge win for us,” Bass said.

It was so successful that the overall company “is looking to replicate elsewhere what we did here,” he said.

The data is going to help Urban Plates keep up the momentum from Restaurant Week, Bass said.

The number-one feedback Bass said he received was, “Wow, I didn’t know you were open again.”

Although in-person guests were thrilled to be back, half of the total customers took advantage of take-out, he said.

Overall, “it was a much bigger event than personally I thought it was going to be,” Bass said.

Scott was nervous leading up to the weeklong event. Restaurant Week in D.C. was reportedly not as successful as in years past, and the Tysons Chamber had planned its restaurant week around not interfering with the week in D.C.

Although the Tysons chamber of commerce added a carry-out component — which is not offered during regular restaurant weeks — to give customers more than one way to participate, Scott still worried the event would be a flop.

“It was far from it,” he said. “Nineteen restaurants participated, and every restaurant said, ‘I had a great week — the best week since reopening. It really made me soar, I was so happy.”