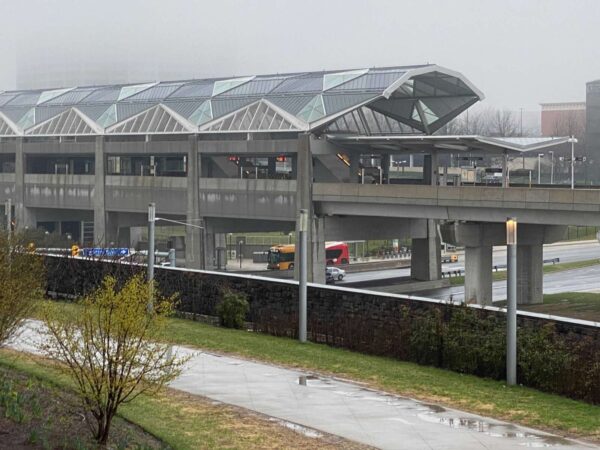 The $4.7 billion operating and capital budget proposed for FY 2022 is being supported by $722.9 million in federal COVID-19 relief funding, including $193.4 million from the American Rescue Plan Act (ARPA) that Congress enacted in March.

Those funds have enabled WMATA to avoid making the significant service and personnel cuts that had been on the table even after the passage of the second coronavirus relief bill in December. Among the possible cuts was the closure of 19 Metro stations, including the McLean and Greensboro stations.

Tysons Partnership, the nonprofit group that has been overseeing the implementation of Fairfax County’s vision for Tysons, welcomed the news that those potential cuts have been averted.

“After a very uncertain time, we are pleased the federal government provided ample funding for WMATA to cover operating costs for the near future and that Tysons Metro stations will remain open,” Tysons Partnership President and CEO Sol Glasner said. “Now, we and the region need to focus efforts on returning to riding Metro as economic recovery efforts get underway and more retail and hospitality businesses return to normal operations.”

However, the proposed budget will delay funding for service on the long-anticipated second phase of the Silver Line, which expands the transit system from Reston into Loudoun County.

Previously scheduled to open this fall, Silver Line Phase 2 will now begin operations in January 2022 at the earliest as the Metropolitan Washington Airport Authority works to resolve ongoing construction issues. MWAA said in March that it will be ready to hand over the project to Metro by Labor Day.

“We are preparing to welcome back customers as part of a return to normalcy, and welcome new customers who have long awaited the convenience of the Silver Line and new stations serving their communities and workplaces,” Metro General Manager and CEO Paul J. Wiedefeld said. “I am especially looking forward to beginning rail service to Dulles Airport as people resume travel to and from the nation’s capital as one of the great destinations in this country.”

Metro’s proposed FY 2022 budget also includes the transfer of five bus routes to Fairfax Connector, which will assume operations of the routes in July in conjunction with a host of other service changes concentrated around Tysons, McLean, and Falls Church.

WMATA says it received more than 22,400 responses during the public comment period on the FY 2022 budget, which lasted from Feb. 20 to March 16. That is the most comments the transit agency has gotten on a budget proposal in the past 10 years.

WMATA’s board of directors is scheduled to give final approval to the proposed FY 2022 budget on April 22. The fiscal year will begin on July 1 and last until June 30, 2022.