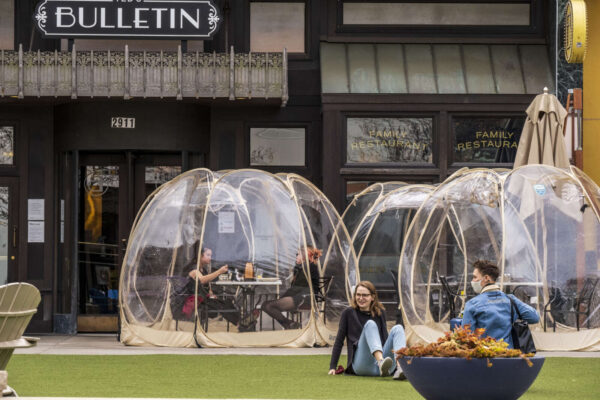 Virginia Becomes First Southern State to Abolish the Death Penalty — Gov. Ralph Northam signed legislation yesterday (Wednesday) that made Virginia the 23rd state to eliminate the death penalty. The move reflected a “dramatic shift” for a state that has recorded the second-most executions in the U.S. Del. Mark Keam (D-Vienna) celebrated the new law as “one of the most consequential votes” he’s cast in his 12 General Assembly sessions. [Associated Press]

Inova Mass COVID-19 Vaccination Site to Open Next Week — The mass vaccination facility that Inova Health Systems is setting up in Alexandria will open next Monday (March 29), Fairfax County Board of Supervisors Chairman Jeff McKay says. The site has the capacity to vaccinate about 12,000 people per day and “will be particularly helpful to those in South County.” [Chairman Jeff McKay]

Judge Sets Hearing for Park Police Shooting of McLean Resident — U.S. District Court Judge Claude M. Hilton has scheduled a status hearing for April 23 to determine whether the two Park Police officers charged in the 2017 fatal shooting of Bijan Ghaisar “can be criminally prosecuted by the state of Virginia…or whether they fall under amnesty for federal officers from state criminal laws.” [The Washington Post]

Virginia Senator Discusses Experience with COVID-19 — “During a Senate health committee hearing earlier this month, U.S. Sen. Tim Kaine made a surprising admission: Long after contracting COVID-19, the Virginia Democrat is still experiencing strange symptoms. Kaine revealed last May that he and his wife had tested positive for COVID-19 antibodies following an onset of symptoms in March.” [U.S. News]

McLean Resident Opposes Proposed Comprehensive Plan Changes — A Dominion Woods resident argues that Fairfax County’s proposals for revitalizing downtown McLean would overburden schools and create longer commutes by inviting an influx of new residents with “little upside” for existing residents. He says residential construction should be capped at 960 units over the next 10 years, high rises should be prohibited on properties next to Franklin Sherman Elementary School, and additional traffic studies should be conducted. [Connection Newspapers]

An Arlington-based gourmet burger eatery could make its way to Tysons later this fall. Basic Burger, which boasts that if your burger isn’t made to your specifications, they’ll make it…

An illustration of a coronavirus (via CDC/Unsplash) Fairfax County’s COVID-19 case levels haven’t entirely come down from the late-summer Delta variant surge, but they appear to be headed in that…

The 75th Annual Vienna Halloween Parade is October 27. Learn how to best navigate this year’s parade in the latest Neighborhood Expert.