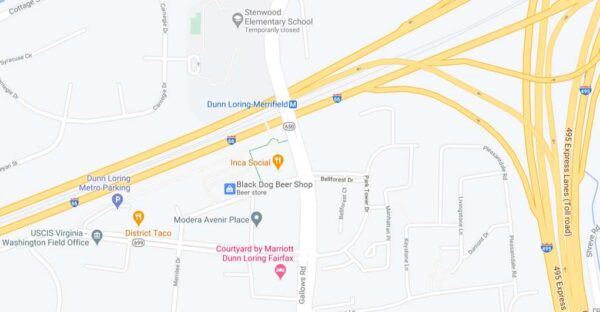 Eastbound I-66 will be reduced to a single travel lane at Gallows Road in Merrifield from 9 p.m. to 6 a.m. so that crews can pour concrete for a new Gallows Road Bridge deck.

The Virginia Department of Transportation says that periodic stoppages of up to 20 minutes could occur between midnight and 4 a.m., but all lanes will reopen by 9 a.m. on Saturday.

There will also be lane closures on Gallows Road, which will be reduced to two travel lanes — one in each direction — from 9 p.m. Friday to 7 a.m. Saturday. Two-way traffic will be directed to the southbound side of Gallows during the closure.

“Drivers should expect delays if traveling in this area and are encouraged to use alternate routes,” VDOT says.

In addition, I-66 East and West will be reduced to one travel lane between Gallows and Nutley Street from 9 p.m. Friday to 5 a.m. Saturday, when all lanes will reopen. There will be periodic traffic stoppages of up to 20 minutes between midnight and 4 a.m.

According to VDOT, this lane closure is necessary for crews to remove an overhead utility line at Cedar Lane, which will have flaggers to direct traffic into a single lane between midnight and 4 a.m.

At both Gallows Road and Cedar Lane, the construction work is part of the Transform 66 Outside the Beltway project, which will extend the I-66 express lanes 22.5 miles from the I-495 interchange in Dunn Loring to Gainesville.

VDOT notes that “all work is weather dependent and will be rescheduled if inclement conditions occur.” 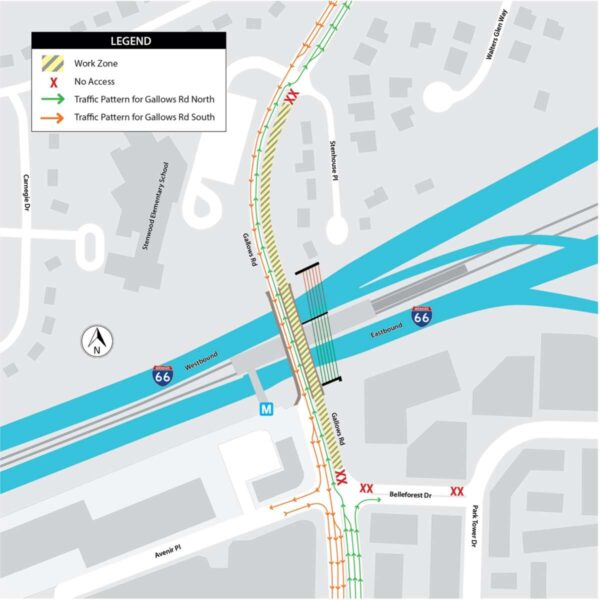