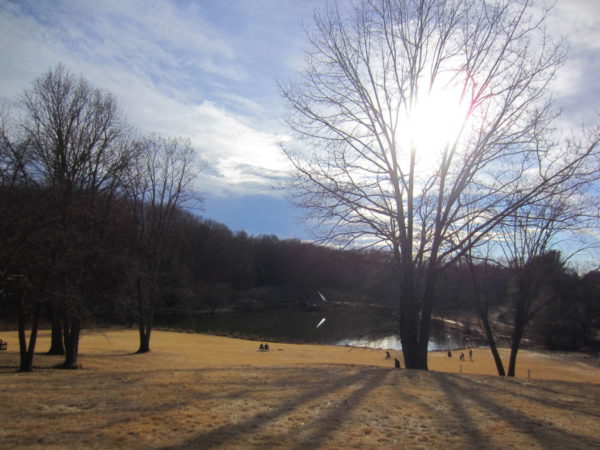 Federal American Recovery Plan Will Prevent Metro Budget Cuts — Metro will not need to make the drastic service and personnel cuts proposed in its fiscal year 2022 budget, thanks to Congress’ approval of a new COVID-19 relief package that includes $1.4 billion for D.C. region transit agencies. The potential changes, which included closures of the McLean and Greensboro stations, would have taken effect in January 2022 if the advertised budget got approved. [WMATA]

Ramp Closure Planned for I-495/I-66 at Fairview Park — The ramp from southbound Interstate 495 to westbound Interstate 66 will be closed from 11 p.m. Saturday (March 13) to 7 a.m. Sunday, and again on 10 p.m. Sunday to 4 a.m. Monday. The ramp will have two exit lanes when it reopens, one of which has been closed since late January for the construction of a new ramp as part of the Transform 66 Outside the Beltway project. [Patch]

Vienna Town Council Debates Undergrounding Utilities — “Placing utility lines underground in Vienna’s Maple Avenue corridor would beautify the streetscape and improve service reliability, but at a steep cost. According to a feasibility study…presented at the Vienna Town Council’s March 8 work session, utility undergrounding in 10 locations would cost an estimated $22 million – the equivalent of about half of the town’s general-fund budget for one year.” [Sun Gazette]

Capital One Appoints New Board Members — “McLean banking giant Capital One Financial Corp. (NYSE: COF) has appointed executives from Facebook Inc. and Nike Inc. to its board of directors, the company said Tuesday. In May, shareholders will vote on the election of Ime Archibong, head of new product experimentation at Facebook, and Craig Williams, president of Jordan Brand at Nike.” [Washington Business Journal]

Vienna Fire Department to Host Two Inova Blood Drives — The Vienna Volunteer Fire Department (400 Center St. S) will hold two blood drives this spring for Inova, one from 1-7 p.m. on March 25 and the second from 10 a.m.-4 p.m. on April 2. Face coverings are required at both events. [@ViennaVFD/Twitter]

END_OF_DOCUMENT_TOKEN_TO_BE_REPLACED

More Stories
Get Ready This Spring for Brood X: The Return of the CicadasFairfax County under Red Flag Warning for possible fires today