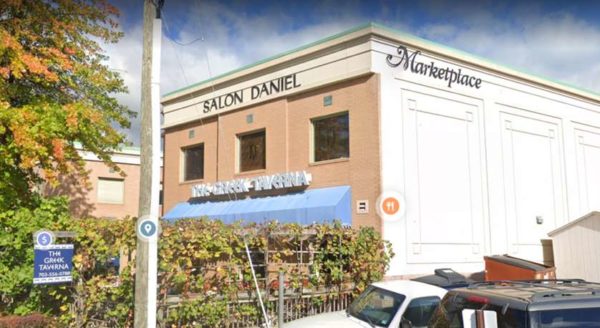 Valentine’s Day will be the final day of business for The Greek Taverna (6828 Old Dominion Dr.) after almost 28 years in McLean.

The impending closure was first reported yesterday by McLean Patch.

Co-owner Christos Karamanos told Tysons Reporter that a variety of factors led him and his wife Popi to decide to close the restaurant that they started in 1994.

Christos says business slowed down significantly after the COVID-19 pandemic hit in March, with public health concerns discouraging many people from going out.

Closure became inevitable when attempts to negotiate terms for rent forgiveness with their landlord reached an impasse, but the couple is also reaching an age where they felt ready to move on after running the restaurant for 27 years.

“Greece is beautiful and that’s where I want to go spend a lot of time,” Karamanos said.

Still, leaving behind the McLean community when The Greek Taverna closes its doors for the last time on Sunday will not be easy.

The Greek Taverna offers a menu of shish-kabobs, pastitsio, and other cuisine from the Karamanos couple’s native Greece. They came to the U.S. in the 1970s, and this was their second restaurant in Northern Virginia, according to Patch.

“Our customers and friends, we’re going to miss them terribly,” Karamanos said. “I wish that things were different. We met a lot of good customers here and a lot of good friends too.”