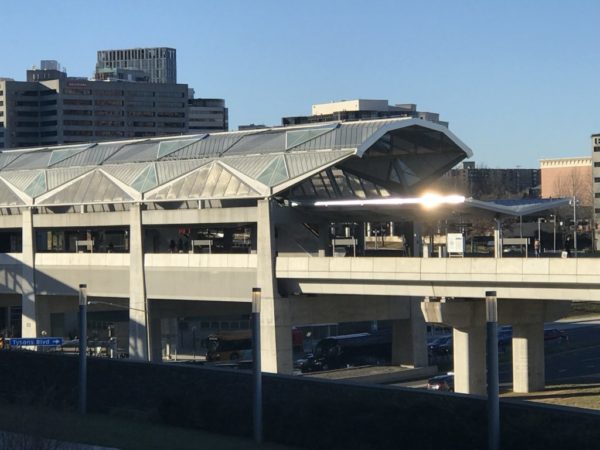 The Tysons Partnership greeted news that the federal government might allocate funding to Metro for the next decade with a cheer.

Rep. Gerry Connolly (D-11th District) announced on Tuesday (Feb. 2) that he has reintroduced the Metro Accountability and Investment Act, which would provide funding to sustain the D.C. area transit system for 10 years.

Several other members of Congress who represent the D.C. area have also sponsored the bill, including Reps. Don Beyer (D-8th District) and Jennifer Wexton (D-10th District).

“We are hopeful that stable funding would instill a bright future for Metro and specifically ridership in Tysons,” the Tysons Partnership said yesterday.

The Metro Accountability and Investment Act would give the Washington Metropolitan Area Transit Authority (WMATA) $1.73 billion between 2022 and 2031 by reauthorizing the Passenger Rail Investment Improvement Act of 2008 (PRIIA), which established annual federal funding for Metro until it expired in 2018, according to The Washington Post.

Under Connolly’s bill, Metro would be required to implement and maintain certain safety and oversight reforms in order to receive the annual allocations, which range between $150 million and $200 million per year.

Among other conditions, the WMATA board of directors must pass a resolution by July 1 that gives independent budgeting, hiring, and procurement authority to the Office of the Inspector General, which conducts audits, reviews, and investigations of the transit agency’s programs and operations.

“Even before the pandemic, which has only exacerbated the challenges facing transit agencies across the country, WMATA was in need of a long-term plan that restored confidence in the rail system,” members of the National Capital Area Congressional Delegation said. “The Metro Accountability and Investment Act is a balanced proposal that recognizes the federal government’s responsibility to the funding, safety, and reliability of Metro.”

Plummeting ridership levels during the COVID-19 pandemic have created a dire financial situation for WMATA, which said last year that it would have to make significant service and personnel cuts without additional assistance.

Metro will avoid the worst-case scenario for now after Congress included an estimated $610 million for the transit system in the coronavirus relief package that was signed into law on Dec. 27. However, those funds are a temporary solution, and Metro officials say major cuts could be on the table again in 2022.

WMATA General Manager and CEO Paul Wiedefeld says the federal funding offered by the Metro Accountability and Investment Act “will be critical to the region’s recovery for years to come.”

“This bill once again demonstrates our Congressional delegation’s leadership supporting critically needed funding to maintain a safe and reliable transportation system,” Wiedefeld said. “…We welcome provisions that will increase transparency and ensure taxpayer funds are well-spent to continue to earn the public’s confidence.”

The Tysons Partnership published an article on Jan. 25 urging community members to tell legislators to support federal funding for Metro, noting that budget cuts would take a toll on the Silver Line with the potential closure of five stations — including the ones at McLean and Greensboro.

“If implemented, these transit cuts could be devastating to Tysons and the entire Silver Line corridor,” the Tysons Partnership said.

The new McLean location for grocery chain Lidl will be accompanied by regional favorite pizza and beer chains when it opens sometime next year. Construction on Lidl, which is replacing…

A four-level single-family home in Vienna complete with a custom movie theater and wine cellar was recently sold for $1.3 million.

A Food Lion in Herndon (via Google Maps) Fairfax County’s new plastic bag tax, set to take effect on Jan. 1, drew both support and opposition from the supermarket industry….

Nicole Liberatore has come a long way from handing cannoli to customers in a parking lot. Less than two years after they started selling traditional Italian baked goods out of…