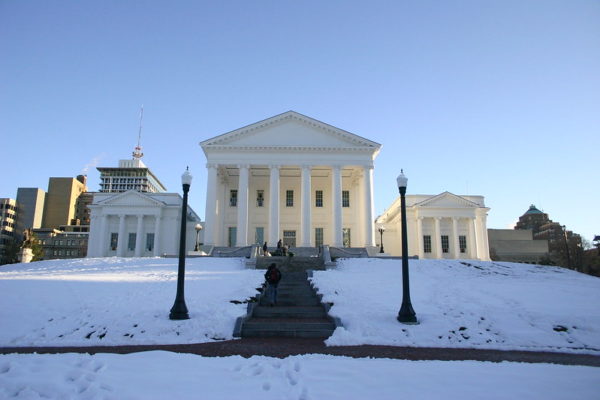 COVID-19 vaccinations, the state budget, and the question of how to get students and teachers back in schools are among the many items on the agenda for Virginia lawmakers this year, as the General Assembly prepares to convene for a truncated 46-day session.

Del. Marcus Simon (D-53rd) and State Senate Majority Leader Sen. Richard Saslaw (D-35th) cited those issues among their top priorities for the upcoming legislative session during a virtual town hall hosted by the City of Falls Church on Wednesday (Jan. 6).

“We have to have a balanced budget. We have to prioritize K-12 education,” Simon said.

He added transportation infrastructure, criminal justice reform, voting accessibility, and the need to put Virginia on a path to “going carbon-free as soon as we can” to his laundry list of goals for the session, which starts on Wednesday (Jan. 13) and ends on Feb. 27.

Currently, Virginia is vaccinating healthcare providers and those in nursing care facilities, who comprise Phase 1A of the Centers for Disease Control and Prevention’s priority groups.

He and Saslaw said they hope Virginia can start vaccinating those in Phase 1B — such as firefighters, teachers, agriculture workers, and those 75 and older — by February.

Saslaw emphasized the importance of funding for K-12 and college education and tackling school reopening plans.

“A lot of kids are being hurt by virtual learning,” he said. “It just doesn’t work well.”

He also noted that increased expenditures for COVID-19 relief and transportation infrastructure, combined with decreased revenue from meals, sales, and gas taxes, have contributed to a potential budget deficit of $300 million to $400 million.

“The budget is the overriding thing,” Saslaw said.

As chair of the House Committee of Privileges and Elections, Simon said that he is looking to make permanent several voting laws that the General Assembly implemented last year on a temporary basis.

With COVID-19 keeping people confined to their homes and turning potentially crowded polling places into a public health risk, state legislators voted to permit ballot drop boxes, prepaid postage for mail absentee ballots, and other allowances, but those measures were only in place for 2020.

The General Assembly will need to adopt new legislation this year to continue those policies for future elections.

“Virginia has a history, unfortunately, of voter suppression, and I’m working very hard to change that,” Simon said.

Simon and Saslaw also indicated support for a proposed amendment to the state constitution that would eliminate voting restrictions for people who have been convicted of a felony.

Finally, Simon assured listeners that the redistricting process will be open to the public. During last year’s Nov. 3 general election, Virginians approved a referendum that shifted responsibility for drawing congressional and state legislative district lines from the General Assembly to a commission of legislators and citizens.

“The good news about it all is the transparency piece,” Simon said. “Every conversation about this — if you can bear it — you can tune in and follow it.”