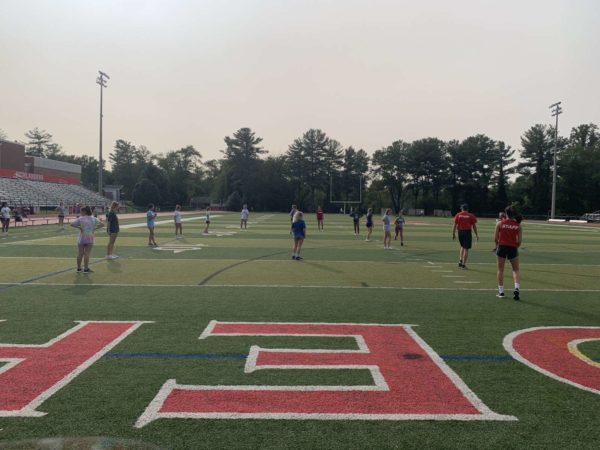 Fairfax County Public Schools is looking for contractors to replace the roof and synthetic turf field at McLean High School.

The projects were introduced at the Fairfax County School Board’s Dec. 3 meeting as new business, meaning they were not up for a vote yet. Instead, the board will take action at a future meeting.

According to FCPS, plans and specifications have already been prepared for both projects, and they are scheduled for construction bid openings this month. Bids on the turf field replacement will be received on Dec. 9, while bids for the roof replacement project will come in on Dec. 16.

Bid tabulations and recommendations for which contractors should be awarded the projects will be presented to the school board prior to its Jan. 7, 2021 meeting.

FCPS Director of News and Information Lucy Caldwell says the actual construction work on the new field and roof will take place over about a month in the summer of 2021 “due to seasonal and occupancy coordination.”

“This location hosts a single field, resulting in greater wear and tear and a shorter life span than schools with two fields,” Caldwell said.

Stadium field replacements, including the installation of new goal posts and soccer goals, are typically estimated to cost between $500,000 and $550,000, according to Caldwell.

Largely built in 1997 with some additions in 2001, McLean’s roof will be more time-consuming to replace. The project could potentially span up to four years, with construction taking place for one month each summer.

“This project will bid and be constructed in phases each year,” Caldwell said.