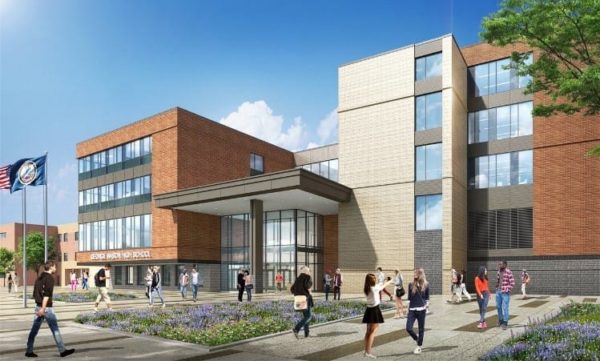 Since JEB Stuart High School morphed into Justice High School in 2018, debates over changing school names are turning into familiar territory for Fairfax County residents, but the issues they dredge up have become no less contentious.

Held in two parts on Oct. 22 and 29, the Falls Church City School Board’s public hearing on whether to rename George Mason High School and Thomas Jefferson Elementary School featured passionate arguments from both proponents and opponents of renaming schools that bear the monikers of historical figures tied to slavery.

At the crux of this particular name change debate are the legacies of Mason and Jefferson, which are arguably more complicated than that of Confederate leaders like Stuart or Robert E. Lee.

Arguing that romantic notions of America’s founding have wrongly overshadowed the violence Mason and Jefferson committed against the human beings they enslaved, supporters of removing their names from Falls Church schools cast this moment as a chance for the city to move away from its segregationist past and toward a more inclusive future, particularly with George Mason High School in the process of getting a brand-new campus.

“Our changing of the name will not erase or change history,” George Mason High School student Constance Meade said. “It will demonstrate that we’ve learned from our history and that we’ve chosen not to let these men represent our future and our community of students.”

Some critics of the proposed name changes argued that the ideals Mason and Jefferson espoused as the authors of the Virginia Declaration of Rights and the Declaration of Independence, respectively, are worthy of honoring even if they did not live up to them.

“The fact that Jefferson and Mason were slaveholders and behaved in ways viewed as completely unacceptable today does not at all outweigh the totality of their accomplishments and contributions,” Falls Church City resident and former school board member Hal Lippman said.

Other opponents contended that changing the names of schools is a symbolic gesture not worth the cost, which FCCPS estimates to be $96,760 for Mason and $13,500 for Jefferson.

“I’m a little frustrated with things that I perceive to be more on the order of virtue signaling, rather than content,” Alison Kutchma, the parent of FCCPS alumni, said. “I’d rather that our education dollars and your efforts and your meetings go to what happens inside the building.”

Name change proponents countered that the associated costs are negligible compared to the need to reckon with the damage wrought by slavery and systemic racism.

“I assure you that claiming money stands in the way of promoting an inclusive culture will not age well,” said Jamie Argento Rodriguez, the parent of two FCCPS students.

The Falls Church City School Board decided to consider changing the names of George Mason High School and Thomas Jefferson Elementary School on June 30 after community advocacy efforts gained renewed attention during the protests that emerged in the wake of Minneapolis police officers killing George Floyd on May 25.

The school board will review a draft survey report from the Herndon-based consultant K12 Insight on Nov. 10 before voting on whether to change the name of either school on Dec. 8.

“We’re really grateful for our community members who are taking time to share their thoughts with us,” Falls Church City School Board chair Greg Anderson said. “…The board is not endorsing or supporting any comments submitted to us, but we’re very happy to hear what you have to say.”