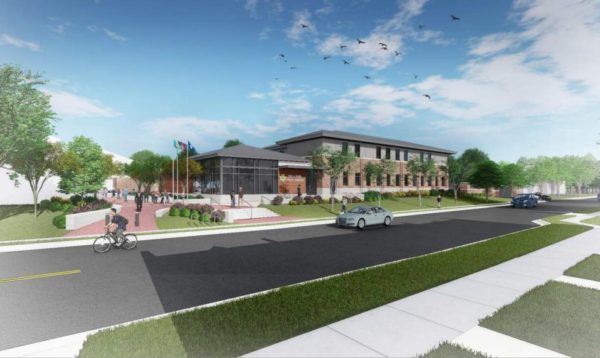 Headquartered in Birmingham, Ala., with an office in Vienna, the construction company beat out four other bidders for a $13.2 million contract to construct the planned police facility, which was awarded by the Vienna Town Council yesterday (Monday).

Town staff recommended that Hoar Construction receive the contract because it was the “lowest responsive and responsible bidder” with a total base bid of $13.2 million.

“After doing background research on the company and learning who is on their team, we found that not only does Hoar have a depth of construction experience, their members also are part of this community,” Vienna Police Chief Jim Morris said in a news release announcing the award. “They have experience in this area and are involved in and around Vienna.”

The proposals from the five finalists all fell in the $13 million to $15 million range, according to a bid tabulation released by the Town of Vienna.

Vienna first issued a request for qualified contractors for its new police station project in April. The 11 submissions that the town got were evaluated by project managers with the consulting firm Downey & Scott and narrowed down to six possible general contractors.

One of the six companies that were singled out ultimately did not submit a bid during the bidding period, which concluded on Oct. 9.

In the works since at least 2013, Vienna’s new police station will replace the existing facility that was erected at 215 Center Street South in 1994. The new building will be 28,500 square feet in size with two floors on an approximately 1.5-acre site, according to the town’s invitation for bids.

In addition to providing space for storage, training, and a firing range, among other department utilities, the new police station will have 1,500 square feet of space designed to serve community needs, including a Town of Vienna emergency operations center, cable broadcasting, overflow for public meetings, and even a potential voting location.

Though some community members objected to the project this summer amid nationwide protests urging municipalities to “defund the police,” the Town of Vienna has no intention of delaying or halting its plans for the new police station, which is being funded with $14.9 million from bonds issued in March.

Councilmember Chuck Anderson, who was elected to the council in May, noted that he was wary of supporting the construction of a new police station at a time when the COVID-19 pandemic has created a national economic crisis and the Black Lives Matter movement has drawn renewed attention to police violence against black people.

However, Anderson says he was persuaded that a new station is necessary after talking to Morris and looking at the existing facility.

“I heard his intelligence and passion for community policing and for the right kind of approach to difficult issues,” Anderson said of Morris. “Chief, you got my vote, but I’m going to hold you to it. I really want you to take those community areas that I think may have started out as kind of a carrot but have taken a whole new role in the current age and use them creatively so that we in Vienna become a beacon for other jurisdictions for how to do policing and how to do it right.”

The police department will work out of a temporary facility in the former Faith Baptist Church at 301 Center Street S. until the new station is completed.