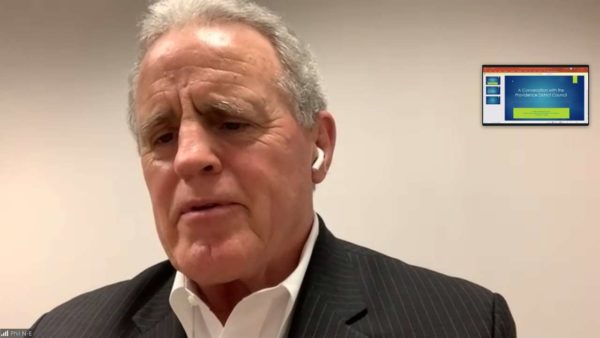 How often should a homeowner have to reassure the county that their granny flat is a granny flat?

That is one of many questions facing Fairfax County as it continues working toward the first major overhaul of its zoning ordinance in 40 years.

The importance of the Fairfax County Zoning Ordinance Modernization Project, or zMOD, has become increasingly apparent as housing affordability challenges persist and more people work from home during the COVID-19 pandemic, Niedzielski-Eichner says.

“We want, on the one hand, to increase the opportunity for people to afford to live in the community,” Niedzielski-Eichner said. “We want to allow for the potential of people working out of their homes. We want to recognize that that’s an evolving reality. At the same time, we’re sensitive to protecting the neighborhood and don’t want it to cause parking problems and other neighborhood issues.”

Among the biggest proposed changes to the Fairfax County Zoning Ordinance are new regulations for accessory living units, which generally known as accessory dwelling units but got a name change in Fairfax to avoid confusion with affordable dwelling units.

Defined as “subordinate living spaces with areas for eating, sleeping, living, and sanitation,” ALUs are currently only allowed in Fairfax County if an occupant of the unit or the principal dwelling is 55-plus years old or has a disability.

Under Fairfax County’s most recent draft zoning ordinance, which has been available for public comment since June 30, the Fairfax County Board of Supervisors would have the option of eliminating the age and disability requirements for an accessory living unit.

The draft ordinance also outlines a new process for homeowners to get approval for an ALU.

Currently, homeowners currently have to attend a public hearing if they want to add an ALU, but the proposed zoning ordinance allows property owners to instead apply for an administrative or special permit that would need to be renewed every five years.

Niedzielski-Eichner says county staff is considering requiring renewal every two years instead of five, as they try to acknowledge concerns about the potential impact of accessory living units on neighborhoods without overly burdening property owners.

“We already know that people are doing accessory living units outside of the context of permitting or any regulation,” the Providence District planning commissioner said. “If we make it so difficult that people don’t want to enter into the process, then we lose the ability to influence the quality of that process and how it’s implemented.”

The Fairfax County Planning Commission’s land use process review committee is scheduled to have a discussion on zMOD this Thursday (Oct. 22) at 7:30 p.m.

Other land use and zoning challenges facing Fairfax County, especially a district like Providence that spans urbanizing centers like Tysons and older neighborhoods like Mantua, include expanding the availability of affordable and workforce housing, and ensuring that county services and infrastructure keep pace with development.

Niedzielski-Eichner says he has advocated for the county to become more data-driven when making decisions, such as altering policies around ALUs, that could potentially change the character of a neighborhood.

“It’s all about community confidence,” Niedzielski-Eichner said. “I feel that we have to do those things so that the community will come along with the policy and have confidence that it follows their best interests.”