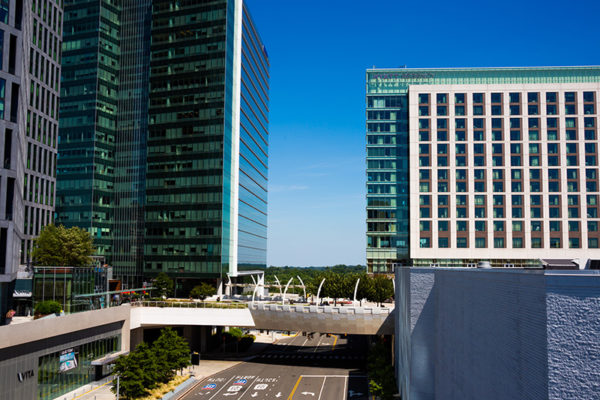 Barry Biggar, President and CEO of Visit Fairfax, has a somewhat frank assessment of the state of the hospitality industry in Fairfax: not great.

“There’s one particular industry that’s been devastated, and that’s travel and tourism,” Biggar said, “and when people aren’t travelling, there are many elements that are affected.”

Biggar isn’t alone in that assessment. In an Economic Advisory Commission meeting, local hospitality industry leaders spoke with Biggar and members of the Board of Supervisors about the impact the pandemic has had on hotels and other hospitality services.

“This has perhaps been the most heart-rending experience of my entire career,” said Mark Carrier, representing DoubleTree Hotel in Tysons. “Many hotels are paying to stay open. In Fairfax, all hotels combined had an occupancy of just 32 percent over last three months, less than half a year ago. Same period in 2019 was 76 percent. Revenue has declined by 73 percent across the entire county. Cash flow has evaporated basically, operators fighting to sustain their business. Frankly, the sustained nature of the crisis has been a source of stress.”

Biggar told Tysons Reporter that the D.C. area, including Fairfax, is one of four regions in the country seeing occupancy below 50%.

“From middle of March to end of August, hotel revenue (generated here in our county) has seen a loss of $278,987,000, just between mid-March and August,” Biggar said. “May is generally a good month. In May of 2018, the hotel revenue in Fairfax County was $70 million. This May, that figure was $9.1 million.”

Biggar noted that those figures are just based on revenue from occupancy and don’t include the total loss from related services, like food and beverage or catering.

“When you add those up, it’s significant,” Biggar said.

That’s started to turn around, but slowly and not nearly enough for hotels to start making more than they are losing. In April, occupancy was 19%. In August, there was 36% occupancy. While it’s an improvement over April’s figures, it’s still a far cry from 72% occupancy last August.

“One may celebrate the fact that we’ve gone from 19% to 36%, however, people also need to realize that a hotel — in order to operate even at the smallest of margin, that occupancy needs to be no less than 50%,” Biggar said. “Right now, our hotels are in a position where they are really digging into reserves to keep the doors open. So when you begin to talk about the need to pay mortgages, their ability to do so right now is very, very difficult.”

In the region, 6 out of every 10 hotel employees have been furloughed, laid off, or had their jobs gone away entirely. Beyond just concerns about traveling to and staying in a hotel, Biggar said part of the decline is local attractions like Wolf Trap closing. Some of those facilities are starting to reopen, but too late to salvage a tourist season.

“Generally, as of September, all of those usually begin to see a decline in visitors because high tourism season is over,” Biggar said.

Biggar said his office, which has mostly been focused on marketing and selling Fairfax County to people outside of the county to encouraging locals to travel around the county and explore local attractions. It’s a tightrope, however, because Biggar said Visit Fairfax

“I’ve seen several TV ads for places that are saying ‘come and visit’ and I’m going ‘that may be a little premature,'” Biggar said. “All the advertisements I’m seeing are ads they had in place a year ago. What the consumer now needs to see are ads with people wearing masks, social distancing, and hotels doing cleaning in their lobbies… What we’re telling people is ‘when you’re ready to travel, here is what we in Fairfax County are doing to ensure your safety and security.'”

But while that could help salvage some tourism focused hotels, Biggar said the meeting-focused hotels in Tysons and Reston will have a harder time recovering.

“The major meeting hotels… [are] in Tysons or in Reston,” Biggar said. “The transient market has hit those hotels in a significant way, because that big of a travel market just has not begun to travel again. When you look at a business center, those rely so much on that market and that market, for all intents and purposes, is probably not going to come back until at least the middle of 2021.”

“Only thing they can really do is control their expenses, like the number of people they have working,” Biggar said. “We don’t anticipate hotels getting back to fully hiring until at least the middle of 2021, when they will really begin to bring more people on. The only way they can control their cost is to control their overhead and their cost, and then maybe market again to our residents to say ‘look, you’ve been stuck at home. Get out for a weekend and let us take care of you.'”

But hotels also can’t afford to make substantial cuts to their rates to try to entice residents because they need to ensure what money they bring in is maximized to the full ability.

Carrier told the Economic Advisory Commission Meeting that the best thing Fairfax County can do for hotels is enable employers to return to work in business centers and be flexible with some of the regulations.

“First, support policies that enable employers to return to work to get our business centers like Tysons back up and working,” Carrier said. “This is a worldwide issue. We need our county officials to advocate for programs that sustain our industry, let elected officials know how important the industry is… Be flexible with hoteliers and service industries (re: regulations) and reflect damage in real estate assessment process. We’re in a survival challenge today, but I look forward to the future of growth.”

For his part, Biggar said he’s feeling slightly more hopeful than he had been a few months ago.

“If we had this call five months ago, I would have been more doom and gloom,” Biggar said. “But I’m more optimistic that we’ll continue to see growth and it will be better by late 2021, but it will still rely on consumer confidence to travel and that will come at a greater pace once we have a vaccine and a way to treat this virus and make it easier for people to get back to their normal lives.”