After conditions stabilized in July and early August, the sliding average of COVID-19 cases in Fairfax County is slowly on the rise.

Overall, there have been 22,089 confirmed COVID-19 cases in Fairfax County, 2,195 hospitalizations, and 599 deaths.  After a slowdown in the rate of new cases per week in June and July, the number of weekly cases grew slightly in August and September. The weekly average for both months hovered around 424 cases. In June and July, that number hovered in the low 300s.

With four additional cases since early September, Dunn Loring remains disproportionately affected by COVID-19 with the 10th highest case rate in the county. Despite having a population of just 2,362 people, the 22027 zip code has reported 75 cases, or 3,175.3 per 100,000 people. 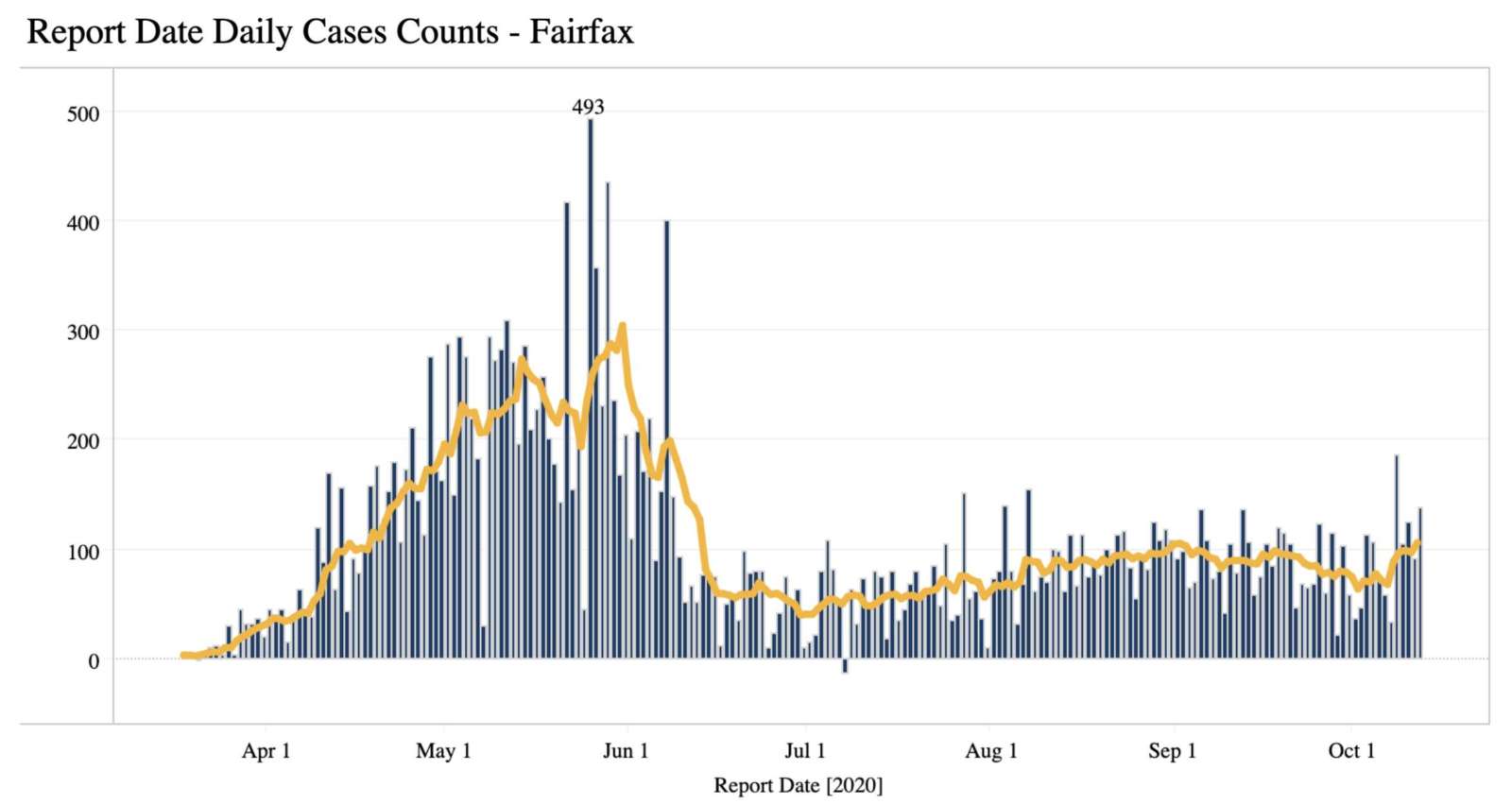 County health officials continue to urge residents to get tested if symptoms develop or if exposure is possible.

If you have symptoms or an exposure to COVID-19, please get tested. A positive COVID-19 test may be inconvenient in the short-term, but there are resources available to help.

Image via CDC on Unsplash, Virginia Department of Health