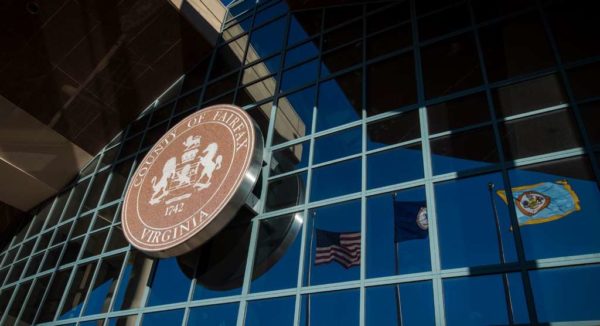 During his time in McLean, Berger did not shy away from controversy. The former Dranesville District Supervisor and Army veteran came into office in 1994 with an array of conservative positions that put Berger at odds with many of his colleagues.

Friends and family of Berger praised his fiscal conervatism.

“Mr. Berger was an example of a true leader,” said Ann Green Baise. “He had a great business background, and he put that background to work for the citizens of Dranesville in a first rate way. An example of his foresight for the community was his appointment of Stu Mendelsohn to the School Board. He was a fiscal conservative and applied common sense to questions that arose in the community.”

A Washington Post article from 1994 said Berger worked to make financial reforms to Fairfax and run the county like a business, pushing for measures like converting the school bus system to a private company and easing restrictions on developers. Berger described himself as a bulldog when it came to watching the budget.

Despite the emphasis on fiscal policy, Berger also harbored a share of socially conservative positions that put him in hot water. According to the Washington Post article, Berger aggressively pushed for a Christian activist to be appointed to the Library Board in an effort to ban a gay newspaper from Fairfax County libraries.

The Sun Gazette noted that Berger died just three days after Lilla Richards, whom Berger defeated in his 1994 election.

“Ernie Berger was known to all as a strong Republican and a great man,” Fairfax GOP Chairman Steve Knotts said on the Fairfax GOP website. “We are thankful for Ernie’s service to Fairfax County; and we extend our sincere condolences to his many friends and loved ones.”