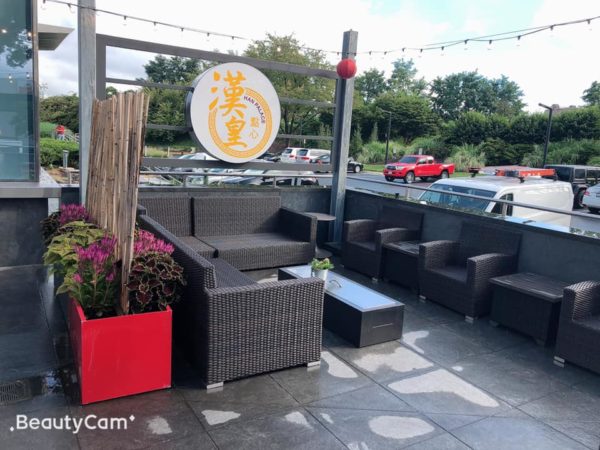 As Han Palace, a new dim sum restaurant, makes its debut today in Tysons, the location announced it’ll be hosting a grand opening party this evening.

Those who want to celebrate are invited to do so from 5-9 p.m. at 7900 Westpark Drive tonight (Thursday), a flyer said, adding that complimentary wine and champagne will be available for those over 21.

As a type of traditional Chinese-style brunch, Dim Sum is typically enjoyed by a large group of family and friends.

“Unlike most Dim Sum restaurants, diners will not find any pushcarts at Han Palace,” a press release said. “All Dim Sum will be made to order and the menu will be overseen by Executive Chef Kenny Lei, whom Zhu (the owner) recruited from New York City.”

Specialty dishes at this location will include steamed shrimp dumplings, baked barbecue pork buns and sticky rice wrapped in lotus leaves, according to a press release.

“Dim Sum desserts include an intricate Purple Gold Yolk Bun and Almond Ball with Custard Yolk Heart, both filled with an oozy, soft egg custard and for the very adventurous, a Deep Fried Durian Cake,” the press release said.

The location will also offer cocktails, including Japanese whiskey and a variety of liquors.

Both indoor and outdoor seating will be available.

Read more →
More Stories
Mint Cafe Pinned With Hopes of Rejuvenating Sleepy Stretch of Leesburg PikePoll: How Do You Feel About the McLean Metro Name Change?