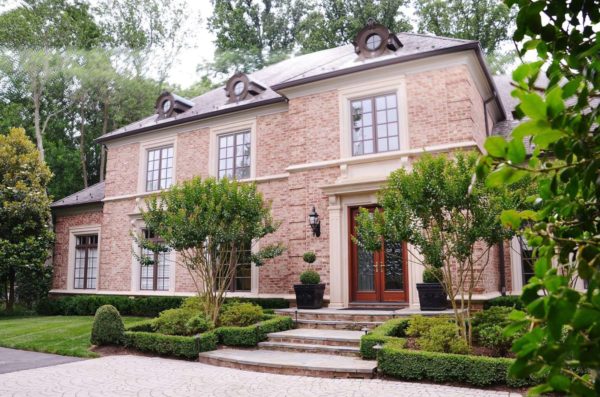 In contrast to Tysons, where the skyline is evolving, McLean is more well-known for its established neighborhoods that include historic mansions and estates.

Given McLean’s proximity to the nation’s capital, there have been several noteworthy community members who decided to take up residency at these prominent homes.

According to various sites, like the Washington Post, many of the D.C. area’s most expensive properties are located in McLean. The average home in McLean is around a million dollars, according to Zillow.

The Merrywood mansion, built-in 1919, is known as Jackie Kennedy’s childhood home and is valued at around $50 million today.

The home was designed by the same architect that was responsible for the White House, according to Curbed. Amenities includes nine bedrooms, 11 full bathrooms, a pool, an elevator, a library and a grand fireplace.

Another nearby property which was owned by the Kennedy family is Hickory Hill. Though it is usually given more historical merit than anything else, according to Architectural Digest, its origins are thought to date back to around 1870.

While he doesn’t own the home, former Vice President and presidential candidate Joe Biden also rents a multi-million dollar mansion in the McLean area.

Per month, the property costs the Biden family around $20,000, Reuters reported, adding that the property was purchased for $4.25 million in 2016.

According to the Fairfax County Times, two of Virginia’s most expensive homes can be found in McLean — one of which is found at 801 Turkey Run Road. The property is valued at a little under $10 million, according to Zillow. It is unclear if the home has any historical or noteworthy ties.

On the upper end of private properties, for a price tag of $75 million, a home hidden behind clever landscaping at 409 Chain Bridge Road, includes 12 bedrooms and 21 bathrooms, according to Homes of the Rich.

The property — called The Falls — was built in 2000 by AOL co-founder Jim Kimsey. features of the property include wine cellars, an outdoor swimming pool, a private tennis court and ample living space. A guest home adjacent to the house was designed by architect Frank Lloyd Wright.

At 1173 Dolley Madison Blvd, sits another home worth over $5 million, according to Zillo. The six-bedroom, 10-bathroom house sits on just over an acre of land but offers sweeping stairways, bright windows and even a personal movie theatre.

During holidays and other times of the year, groups like the McLean Woman’s Club offer tours of some of the estates to raise money for charity but the group only shows off a few of McLean’s larger properties. There is no guarantee that these will be homes of prominent figures, though.

Photo via Woman’s Club of McLean/Facebook