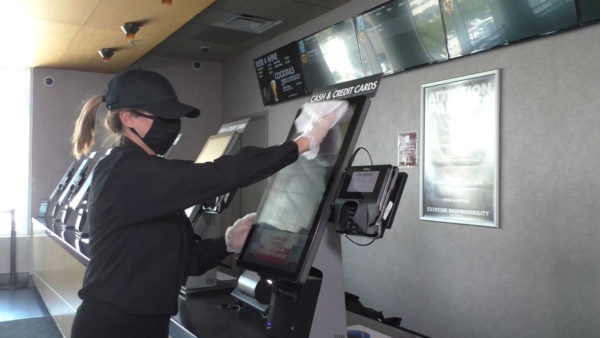 ShowPlace Icon didn’t know when its Tysons location opened in February that the contactless kiosks would come in handy for a pandemic.

The kiosks are just one of the ways the newly reopened theater aims to reduce the spread of COVID-19. From the “digital box office” to the mobile app, Jim Nowicki, the theater chain’s marketing director, shared with Tysons Reporter how technology is playing a starring role in the theater’s reopening and overall brand.

“I think initially when we opened, people were apprehensive to use the kiosks because they like that human touch factor,” Nowicki said. “And then who knew that a couple of months later, we are way ahead of the curve, and everyone loves the fact that we have kiosks and a very vibrant mobile app.”

The luxury theater (1667 Silver Hill Drive) has turned to online and mobile ordering as a selling point to bring movie-goers back.

When people order their tickets, the system automatically blocks off seats around the reserved ones to keep people 6 feet apart, Nowicki said. While Nowicki doesn’t expect people to disregard the seating assignments during the pandemic, he said staff will check to make sure everyone is sitting where they are supposed to.

When Tysons Reporter talked to Nowicki, the theater in The Boro had been open for five days after its months-long closure.

The 72,000-square-foot theater originally opened in February, boasting large-format auditoriums, heated recliners, 4K laser projection and more. The Boro location especially emphasized its restaurant and bar — both of which are still temporarily closed as the theater brings back its offerings in phases, Nowicki said. 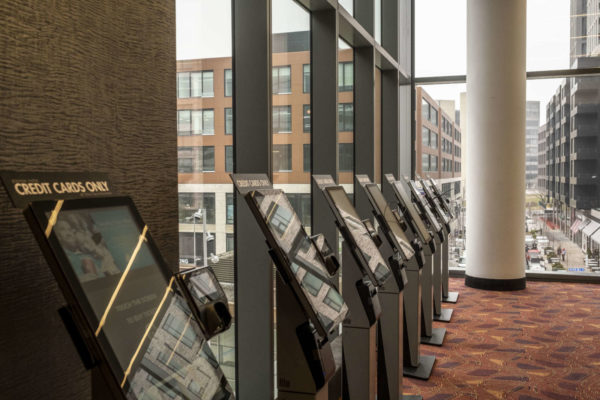 “We just want to make sure that our experience when it’s open, is the best experience possible, and we didn’t want to rush our openings and have someone come into an inferior experience,” Nowicki said.

Even though movie theaters could reopen when Virginia’s Phase 3 guidelines went into effect on July 1, Nowicki said that ShowPlace waited to reopen in mid-August so that safety protocols would be in place and movie-goers could see new films, like “Unhinged,” the thriller starring Russell Crowe, and “Train to Busan Presents: Peninsula,” the horror film about soldiers battling post-apocalyptic zombies in Korea.

“Our numbers have been slower, obviously than in our opening, but we’re building so every day we’re starting to see more and more guests coming in,” Nowicki said, adding that word-of-mouth and spreading information about the theater’s safety measures are big factors for enticing people back.

To talk to customers directly, the theater is relying on its Extras Club, a free membership program that offers discounted and advance tickets, and a social media campaign. The theater also signed on to the National Association of Theatre Owners’ CinemaSafe Program that features safety guidelines developed by epidemiologists. (Full lists of the program’s guidelines and ShowPlace Icon’s safety measures are online.)

Now, COVID-19 delays that pushed the big summer movies, like “Wonder Woman 1984” and the James Bond film “No Time to Die,” to the fall and winter will hopefully entice viewers, Nowicki said.

Nowicki said he doesn’t expect the shifting release dates to be difficult for the theater, noting that the movie industry in recent years has already seen adjustments for when blockbusters hit screens.

With people working from home in the Tysons area, ShowPlace Icon is staying flexible about expanding its mid-day showtimes. “We still have a lot of people who can come out to matinee shows or come out to weekday shows, and they’re eager to do it,” Nowicki said.

The theater is now screening “The New Mutants” and “The Personal History of David Copperfield,” along with offering early access to “Tenet.”

Nowicki said he expects “Tenet” will be a “game-changer” that will fill more seats: “We want this to be successful, and we actually want people to come back and have a little bit of escapism.”