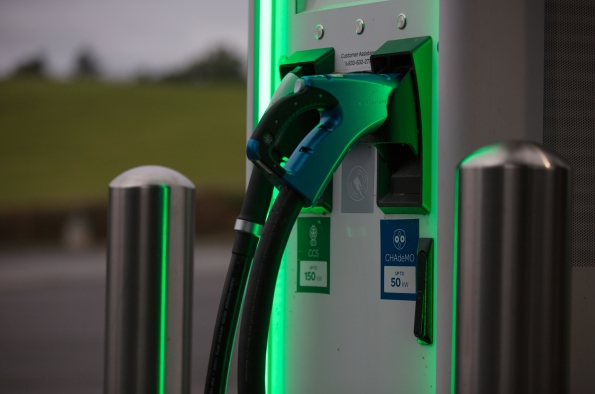 Electrify America plans to bring electric vehicle chargers to Tysons Corner Center as part of its plan to add hundreds of new stations by the end of next year.

The Reston-based company is working with the mall to bring an ultra-fast EV charging station to the mall in early 2021, Alyssa Schor, a spokesperson for Electrify America, told Tysons Reporter.

Electrify America, which Volkswagon launched in 2017, has more than 450 sites with about 2,000 direct-current fast chargers. The company has said it plans to invest $2 billion in Zero Emission Vehicle programs by 2027, with $800 million going toward programs in California and $1.2 billion around the rest of the U.S.

The company plans to install or have under development approximately 800 total charging stations with about 3,500 direct-current fast chargers by December 2021, Schor said.

“Electrify America conducts an extensive review and analysis to select locations for charging stations, working with a variety of site hosts,” according to a company statement Schor provided. “A large focus is on placing these locations where EV drivers can multitask while their vehicle charges — running errands, dining out, etc.”

Schor declined to share how many chargers the station will have or where they will be located at the mall.

A spokesperson for Tysons Corner Center said that the upcoming chargers will increase the property’s zero-emissions sustainability offerings.

“We look forward to welcoming locally based Electrify America to the center and working together in promoting customer-centric, energy management solutions for the community,” Todd Putt, the mall’s senior marketing manager, said in a statement.

Currently, EV drivers can find more than two dozen charging stations in Tysons from Tesla, Blink, SemaConnect, EVgo, Volta and ChargePoint. Electrify America has a charging station near the Walmart next to the Spring Hill Metro station.

Looking for a charging station? Here’s a map of current options in Tysons: