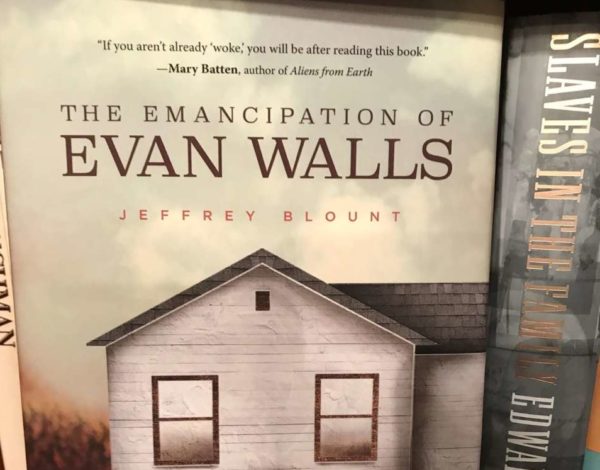 A local husband-wife duo will talk about racial bullying and the husband’s novel on classism and racism during a virtual event later this month.

Jeffrey Blount’s novel “The Emancipation of Evan Walls” shares the oppression Evan Walls faced as a Black child in the 1960s in a small town in Virginia. Blount, an Emmy award-winning TV director, published the book in June 2019.

Jeanne Meserve, a former anchor and correspondent for CNN and ABC News, will discuss racial bullying and the novel with her husband before taking questions from the online audience.

The Mary Riley Styles Public Library is hosting the online event as part of its “Community Conversations” about race and social justice.

The library shared the following description of the book:

It is June 1968. The Civil Rights movement is winding down after the death of Martin Luther King, Jr. Negroes in the town of Canaan, Virginia have been used to acting the same, thinking the same and sharing in the unadulterated hatred of a common enemy. Evan is ten years old and, in the jargon of the times, young, gifted and black. In the presence of his parents and a summer porch gathering of their friends, he makes a startling declaration. From that moment on, the central question of his life is born. Is he black enough?

The Zoom event is scheduled to start at 7 p.m. on Wednesday, Aug. 26. Prospective participants will need to email [email protected] for the Zoom link.