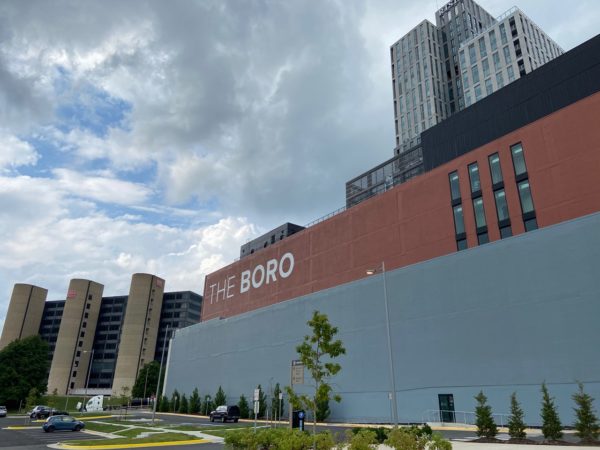 Lodging Revenue Nose Dives — Tysons-based Park Hotels “saw a 95.16% drop in revenue, from $434 million in 2019 to just $21 million in the most recent quarter. RevPAR for the second quarter was $14.47, down 95.1%. Occupancy for Park’s 18 consolidated hotels that remained open for the entire quarter was 20.8%. Today, 42 of Park’s hotels are operational, which accounts for 53% of its portfolio.” [Washington Business Journal]

Road Closure Alert — “The 100 block of N. West Street will be closed on Monday, August 10, from 10 a.m. to about 2 p.m. to allow for construction trailer movement at the Founder’s Row site.” [City of Falls Church]

Halloween Store Coming to Tysons — “Spirit Halloween stores recently announced plans to start opening its 1,400 U.S. locations in anticipation of Halloween 2020. The company typically occupies vacant storefronts leading up to Halloween season, and this year it will be at the former Performance Bike location at 8387 Leesburg Pike in Tysons.” [Patch]

COVID-19 Case Backlog — “An additional 2,015 coronavirus cases were reported statewide Friday, which the Virginia Department of Health attributed to a backlog of cases. The number reflects cases that should have been reported on Wednesday and Thursday, as well as Friday’s cases.” [Patch]

Local Author Releases New Novel — “If the Roman Empire never collapsed, would society be far more advanced than it is today? That’s the subject of a new history novel, “The Alternative History of the Decline and Fall of the Roman Empire,” enthusiast Martin Missaiel has been working on since 2012.” [Falls Church News-Press]

Hand Sanitizer Recell — “The Food and Drug Administration has recalled 75 brands of hand sanitizer that contain methanol, which can cause serious health complications.” [Patch]