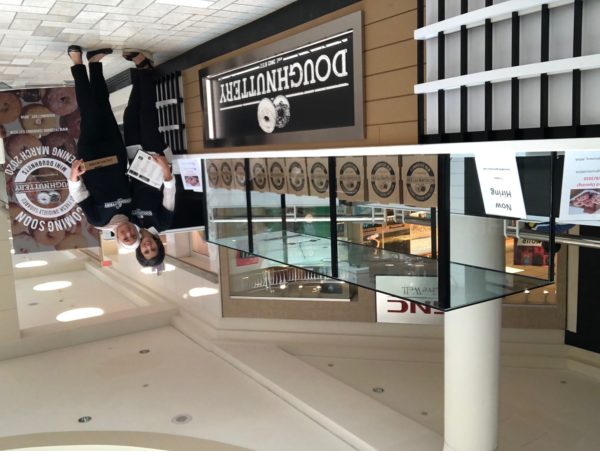 Tysons Corner Center is welcoming Doughnuttery to its mall this weekend.

Known for its mini doughnuts, the New York-based chain is opening its doors to the public on Saturday, Aug. 8, at 3 p.m.

“We really like this mall. It’s convenient. It’s close by. It’s well-known. It’s a tourist attraction,” said Leyla Khater and Katherine Ronckovitz, the owners of the new Doughnuttery. “We knew we wanted to be here.”

Khater and Ronckivitz had been thinking of partnering to start a business for a long time when they found out Doughnuttery was franchising and decided that opening the Tysons location would be a good fit for their entrepreneurial spirit, according to Ronckivitz.

The store was initially supposed to open in March but was delayed due to the pandemic. They put opening procedures on hold when the shutdown began, but once the government began loosening restrictions, they were able to move forward again.

For their grand opening this weekend, they will have social distancing markers on the floor and masks to hand out, in addition to wearing masks themselves, according to Khater.

Doughnuttery was founded in 2012 in New York City. The store currently has three locations in New York and other locations across the country. They offer dozens of different doughnut flavors and several dipping sauces, according to Ronckivitz.

The owners are also excited to bring catering with custom glazes and patterns for any event to Virginia.

“We are two women entrepreneurs, and we didn’t give up despite the challenges we faced through COVID,” said Ronckivitz. “We have daughters and we want to be their example in showing them that we didn’t give up.”