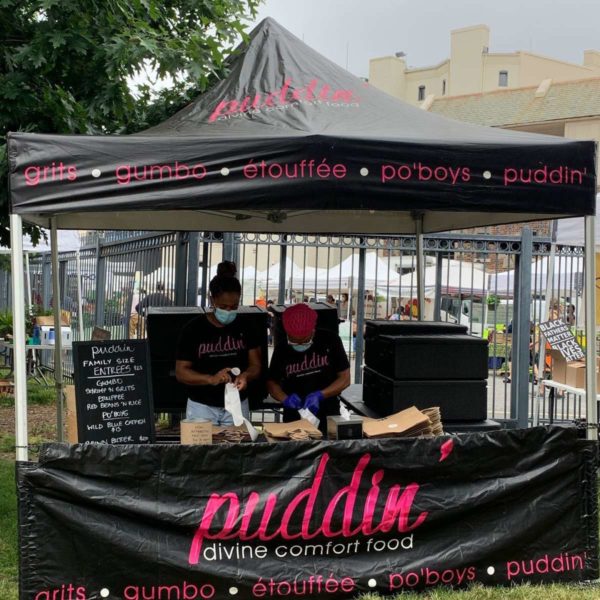 A Vienna woman decided to take advantage of free time to help women around the D.C. area that are either suffering from homelessness or domestic violence while also supporting a regional Black-owned eatery.

Alexandra Sorrell, a recent Virginia Tech graduate, doesn’t start her new job until October and said she couldn’t stand the idea of sitting idly by while other people are in need. So Sorrell decided to organize a GoFundMe to purchase full-price meals from Puddin’ for women at both the Harriet Tubman Women’s Shelter and N Street Village facilities.

Both of these non-profits focus on helping women and children in the area by offering housing, counseling and advocacy, according to their websites.

“It’s hard to find things to fill your time and I felt so guilty sitting at home while so many people are suffering, especially now with the pandemic and Black Lives Matter,” she said.

Though Sorrell thought about assisting community members around Vienna, she recognized that there was a more immediate and extreme need in D.C.

One of Sorrell’s family friends is an emergency room nurse in a regional hospital and told her that they have seen record numbers of domestic violence and child abuse cases.

“I was trying to address as many areas of struggle as I could,” she said.

Puddin’, which is owned by Toyin Alli, serves Southern-style comfort food, according to the food truck’s website. Sorrell chose the truck from a recommendation of a staffer at N Street Village.

Sorrell told Tysons Reporter that she wanted to do more than provide canned food meals. Through Puddin’, she is able to connect recipients with meals they could enjoy.

She added that she wants to help replicate the joy that she feels when she is able to enjoy a nice meal with some friends.

As of this morning, the campaign has raised $1,760 out of $2,500. If the campaign doesn’t raise the full amount, Sorrell said she would donate the rest from the signing bonus from her new job.

The campaign will run through Aug. 1, according to the GoFundMe.

“My fear is to be ever complacent,” Sorrell said, adding that she hopes other people will assist with outreach and take advantage of free time to help others.