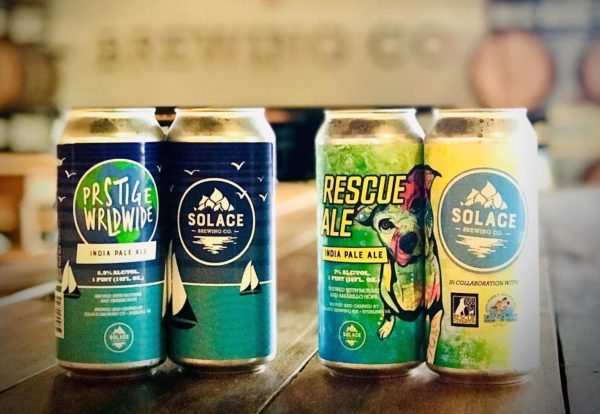 Solace Brewing Company, a collaboration of D.C. restauranteurs Eric and Ian Hilton and BlackFinn Ameripub co-founder Steve Ryan, was originally poised to open a new location in Falls Church by May 1.

But the opening got delayed due to the pandemic, Jon Humerick, Solace’s co-founder and director of operations, said.

“When everything started, we obviously had to put everything on hold,” said Humerick.

The brewery, boasting several unique offerings of in-house IPAs, now plans to open within the next two weeks, operating under Phase 2 guidelines requiring seating at half-capacity for indoor and outdoor dining.

Taqueria Loca, a Mexican restaurant run by the Great American Restaurants group (GAR), debuted a “ghost kitchen” in Vienna in addition to their Sterling location before Northern Virginia began its transition into Phase 2.

This meant that they were available online and cooking in the kitchens for curbside pickup and delivery — however, they were not serving customers in-person, according to Jon Norton, the CEO of GAR.

“We are also creating a ‘patio and beer garden’ in the valet area of Coastal Flats [Tysons Corner] so that guests may begin to enjoy the Taqueria Loca experience in a physical space as well,” according to Norton.

As of June 12, all GAR restaurants officially reopened at half-capacity.

Shipgarten, a new food and dining concept from the owners of the now-closed Tysons Biergarten, was originally planning to open in June. However, they are now pushing their opening until the end of Phase 3.

“We are going to use paper products and more disposable items like disposable menus,” Managing Partner Matt Rofougaran said in describing the safety measures they will be taking.

In addition, there will be plexiglass sneezeguards to separate the bartenders from the customers, and the tables in the 30,000-square-foot facility will be separated by 10 feet rather than the 6-foot guideline to ensure extra distance.

“We’re going to have plenty of room for social distancing,” Rofougaran said.