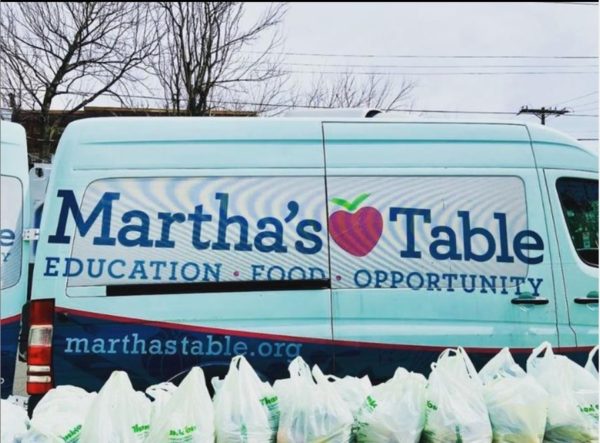 After noticing harm done by the COVID-19 pandemic, Vienna community members banded together to help D.C. residents in need.

Russo told Tysons Reporter that she was impressed with Martha’s Table’s work East of River and wanted to partner with them to benefit the Barry Farm neighborhood, which is near one of the centers for Martha’s Table.

“I wanted to go with a well-known charity because they have a well-organized program that is intertwined in the neighborhood and has a good system going,” Russo said.

In the first two days of the fundraiser, Russo said the effort raised $18,000 — far exceeding her expectations.

“My first ‘goal’ was only $1,000. Then it increased to $5,000,” she said. “Within the week, we’ve had hundreds and hundreds of people donate — children, teachers, nurses, doctors, lawyers, people I’ve met, people I’ve never met, people who heard about the fundraiser from a friend.”

The check is set to be hand-delivered to Martha’s Table this week by Russo and both of Vienna’s incoming and outgoing mayors, Russo said.

“My hope was to show that we are all part of one larger community, and we should think of our neighbors and put our thoughts and words into action,” Russo said.

Though the fundraiser ended yesterday, Russo encourages people to organize their own fundraisers or donate to Martha’s Table directly, since the nonprofit accepts donations year-round.