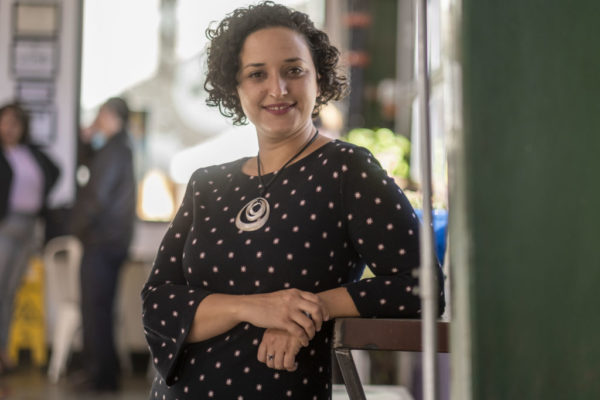 Providence District Supervisor Dalia Palchik is working to tackle a growing disparity with Hispanics and COVID-19 cases in Fairfax County.

Statewide, Latinos or Hispanics account for roughly the same number of cases as people of other ethnicities (15,257 vs. 15,500) where the data is available, according to the Virginia Department of Health.

The racial disparity is not isolated to Fairfax County, though. Black Washingtonians are seeing a gap between the population and COVID-19 death numbers, DCist reported. Across the U.S., communities of color “are being hit disproportionately hard by COVID-19,” NPR reported.

The Health and Human Services Committee, which Palchik chairs, held a meeting yesterday (Tuesday) to address the growing racial disparities in the county.

Benjamin Schwartz, the county’s director of epidemiology and population health, suggested that the disparities in the data may be caused by increased occupational exposure and housing situations for people of color.

Palchik said in an interview with Tysons Reporter that many essential workers are Latinx, meaning that working from home and limiting contact with people outside — and inside — the home may not be an option.

Schwartz said the Fairfax Health District has seen success with “flattening the curve” for the Asian, White and Black populations. “Whereas for Hispanic populations the growth of COVID-19 has been much greater and the increase has occurred for a longer time than we have seen in the other groups,” he said.

Schwartz noted that different racial disparities with the virus exist in Virginia — like Black populations in Richmond and poor White populations in the southwest. “This risk reflects the group’s niche in the society rather than a particular racial effect.”

For the Hispanic population, Swartz said factors that may be linked to higher invention rates include:

Testing became a prime focus of the county supervisors’ conversation about how to address the racial gap.

“We have not in my mind had sufficient testing, particularly on the Richmond Highway corridor where we have a large Latinx population,” Mount Vernon District Supervisor Dan Storck said.

Gloria Addo-Ayensu, the director of the Fairfax County Health Department, said that the county is shifting toward smaller events and media campaigns to change the message around who should get tested. Instead of testing people based on their high-risk status or disease severity, the health department is now telling people who have any COVID-19 symptoms to get tested.

Schwartz added that the health department is working to locate and target “hot spots” for the virus with neighborhood testing.

Addo-Ayensu also said that the county’s goal to increase contact tracing will help the health department identify who to monitor, adding that not everyone will be tested because the two-14 day incubation period for the virus means people might get tested too soon.

To address myths that might delay people in seeking care, Addo-Ayensu said that the health department is working to reach out to local community groups and faith leaders as a way to provide information — work that Palchik has already started doing.

Palchik told Tysons Reporter that she’s been focused on targeted outreach to the Latinx community, like sharing messages through Telemundo; reaching out to faith leaders, small business programs and local clinics; and posting Facebook videos in Spanish about resources.

“I felt it was really important to create short 2-minute videos on different areas on how to self isolate and support for small businesses,” she said.

Karla Bruce, the county’s chief equity officer, stressed in her presentation to the county board yesterday that distrust in the government and medical systems is one of the factors that can make communities of color more vulnerable to the virus.

For Palchik, the goal is to create two-way communication instead and “not just hammer people online.”

As for the county’s announcement in early May that it would have text message alerts in Spanish, Palchik said, “It was a little frustrating it took as long as it did.”

She said she’s glad it’s now an option, adding that government bodies often move at a slower pace than current speediness required to address the virus.

As the county’s board and health department officials work on the equity issues the virus has highlighted in the county, Palchik told Tysons Reporter that she’s focused on long-term plans for housing, expanded childcare services and increased access to transportation.

“Sometimes there are invisible barriers in closing the equity gaps,” she said, noting that federal policies surrounding immigration “have put people in fear.” “How do we make sure better housing is accessible to all?”

“We will get through it together,” she said.