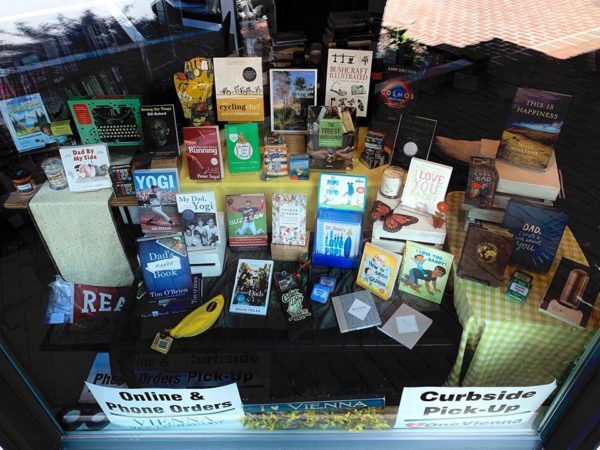 Due to the coronavirus, book lovers will have to wait a few more months for the NoVa Bookstore Crawl, which includes two book stores in the Tysons area.

The inaugural NoVa Bookstore Crawl was originally scheduled for Independent Bookstore Day on April 25, but will now take place Aug. 29.

The NoVa Bookstore Crawl was designed to include several different independent bookstores located in Northern Virginia, from Arlington to Vienna. The event includes Bards Alley and Big Planet in Vienna.

Following the design of the well-known “bar crawl”, participants travel from bookstore to bookstore, experiencing the unique celebrations of each stop.

“There are similar passport programs in other cities,” said Anna Thorne, the organizer of the NoVa Book Crawl event. “D.C. has an extremely vibrant bookstore scene.”

Each bookstore involved in the book crawl will have different events. For Bards Alley in Vienna, activities will some fun for Harry Potter fans.

“We have guest booksellers who are local authors… We also have activities for kids on our patio. They are usually Harry Potter-themed,” said Jen Morrow, the owner of Bards Alley in Vienna.

“We were going to have a golden ticket worth a $100 gift card to spend in the store, just to get people out to celebrate all independent businesses,” Morrow added.

The bookstore is known for its community ties. In the past, Bards Alley has had food and wine specials in their cafe and a massive book scavenger hunt throughout the Town of Vienna.

The organization behind Independent Bookstore Day moved the national celebration to August, which provided the new date to reschedule the crawl, according to Thorne.

“Independent Bookstore Day has gone on for five years,” said Thorne. The idea for the crawl came from a similar event that occurred in D.C. last year, which Thorne described as a huge success.

The festivities are only available on Independent Bookstore Day in-person — “Not before, Not after. Not online,” according to Independent Book Store Day’s official website.  The website emphasizes that bookstores are not a “dying anachronism,” but a continuously expanding industry.

Participants in the bookstore crawl will carry a map of the participating places with them and will receive a stamp after each stop and a prize for visiting five.

Although Independent Bookstore Day is postponed for nearly three months, independent bookstores ask readers to continue supporting their businesses by purchasing books from their websites, picking up curbside or ordering delivery. People can also purchase gift cards or donate to the Book Industry Charitable Foundation.