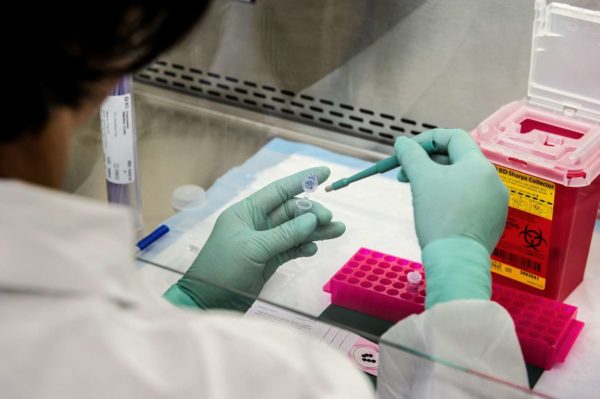 The number of COVID-19 cases in Fairfax County surpassed 10,000 today (Wednesday). But the trajectory of cases appears to be on the decline as Northern Virginia gears up for phase one of its reopening plan on Friday.

According to data released by the state’s health department, a slowdown in the number of new cases emerged this week. Public health experts determine the trajectory of COVID-19 by charting the total number of confirmed cases against new confirmed cases per week.

Additionally, the number of new cases per week has decreased. In the first two weeks of this month, the county saw a weekly case count of between 1,200 and 1,300 cases. Last week, that number dipped to around 1,000 new cases.

Still, 365 people in the county have died from the respiratory illness. On Monday, a record number of new cases — 493 — was reported. Since then, the number of new daily cases dipped to 357 yesterday (Tuesday) and 230 today.

As the state’s testing capacity has expanded, the number of positive cases has also declined slightly since the week of April 19, county data show.

Overall, 40,439 cases have been confirmed statewide, resulting in 1,281 deaths. A surge in testing partly explains the increase in the number of cases reported daily on Monday and Tuesday.

Northern Virginia continues to account for a majority of cases.