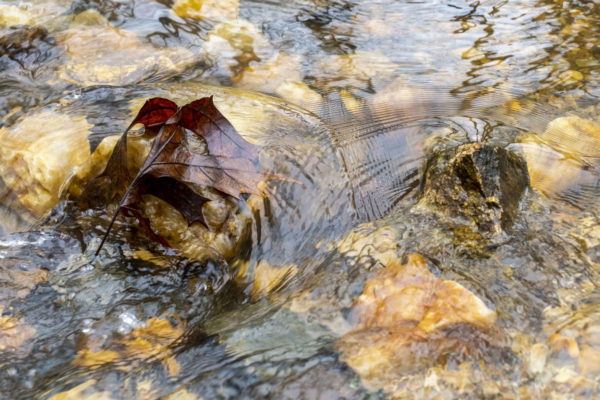 Updated at 1:35 p.m. — The NWS issued a Flood Warning for areas in central Fairfax County, including Merrifield, Tysons Vienna. The warning is set to last until 7 p.m.

“Doppler radar and automated rain gauges indicated that moderate to heavy rain was falling over the area. The heavy rain will cause flooding,” according to NWS. “Up to 1 inch of rain has already fallen. Additional rainfall amounts of around an inch are possible.”

The National Weather Service has issued a Flood Warning for central Fairfax County until 7 p.m. Flood Warning means flooding is imminent or occurring. If you come across a flooded roadway, #TurnAroundDontDrown! #FCFRD pic.twitter.com/LEFqxwKvvO

Earlier: A Flood Watch will be in effect in Fairfax County for today (Thursday), starting at 10 a.m.

The National Weather Service says that heavy rain is expected this afternoon, followed by a “strong cold front” in the early evening.

“Widespread rainfall totals of 1.5-2.5 inches are expected with locally higher amounts of three inches or more possible,” according to NWS. The rain may likely cause small streams and the primary downstream areas of rivers to flood, along with possible, moderate river flooding.

NWS suggests that people who live near flood zones prepare for flooding.

Rain will continue through the day across the area. The attached graphic shows high end potential rainfall amounts through the remainder of the event (doesn't include rain that has already fallen). Instances of flooding are likely through the day. pic.twitter.com/eNM3syXqGI