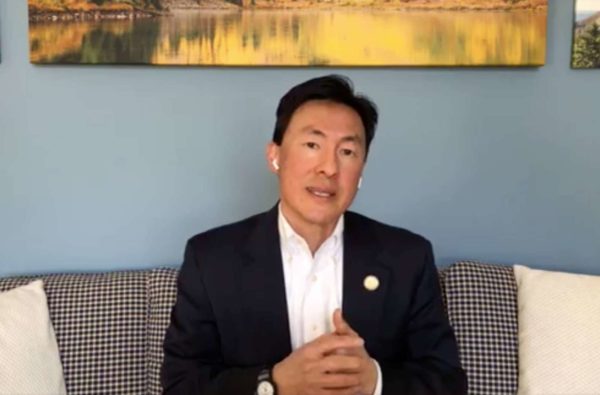 Gov. Ralph Northam issued a statement several days ago asking the General Assembly to postpone the upcoming May 5 election to November so people can avoid all non-essential outings to ease the COVID-19 pandemic.

Northam suggested that local elections be moved to Nov. 3, but Vienna Mayor Laurie DiRocco issued a letter in response saying she would prefer June 23.

“The ability for local elections to get attention during the presidential-election cycle will be extremely challenging and expensive for candidates who usually have limited resources and budgets,” she wrote.

While Keam said he agrees the election should get pushed — and encourages all of his delegates to follow CDC guidelines and social distancing order — he also said that there are reasons elections usually occur during a certain time of year.

Given the uncertainty and confusion about the coronavirus pandemic, Keam said there is currently “absolutely no consensus” on when the elections should be held.

The issue with holding the election on June 23, according to Keam, is that the federal elections are set to be held around that time as well — which is out of the control of smaller districts.

“You can’t have two different ballots being issued on the same day,” he said.

If the election were to even be held a few days after June 23, like the 25 or 26 for example, this wouldn’t work either, Keam said, because the polling machines need to be locked up for 30 days in accordance with state law. This gives election staffers time to recount votes if necessary, clear the machines and inspect the machines to ensure “integrity in the voting process.”

Keam also brought up the recent Wisconsin elections, which were held earlier this month. Despite expert suggestions to stay home, many voters chose not to fill out absentee ballots and instead headed to the polls in person.

“We’ll know in about two weeks how many of those people went out to vote last Tuesday ended up with COVID. We hope very few, but there is a chance the epidemic might spike in Wisconson because the election was held against the wishes of some government officials,” Keam said. “We don’t want that happening in Virginia.”

Next Wednesday (April 22), the General Assembly will consider Northam’s request to move the local elections across Virginia to Nov. 3.