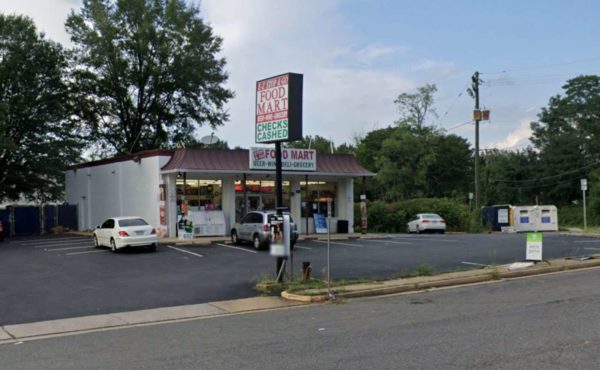 Fairfax County police are investigating a burglary at a local market along Lee Highway in the Falls Church area.

Police said that the burglary happened shortly before 2 a.m. on Tuesday (April 7) at E-Z Stop & Go Food Mart (7600 Lee Hwy). The roadside market sells groceries and wine and has a deli, according to signs.

Three men broke into the business, according to the police report. Sgt. Greg Bedor told Tysons Reporter that tobacco products were stolen.

“The suspects were described as men in their 20’s wearing dark clothing,” the report said.