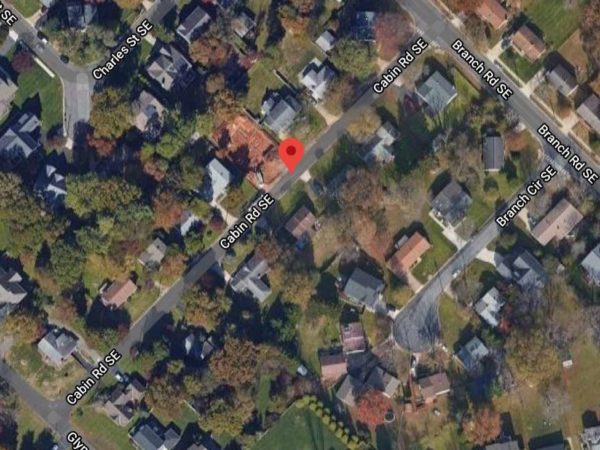 After a former councilmember Maud Robinson donated a chunk of money in her will for the town to build sidewalks, the Town Council is now evaluating how they can respect her wishes and improve town infrastructure.

During the meeting on Monday (Feb. 24), the Town Council discussed proposed sidewalks would be installed on:

Currently, only 50% of the homeowners on Homes Drive and Plum Street have responded to a request for input on the subject, but councilmembers said they would like at least a 75% response rate.

“I feel better knowing the majority of people are in favor of the decision,” Mayor Laurie DiRocco said, adding that before things move forward, it would be best for town staffers to try new methods to get feedback from homeowners along the proposed routes.

From the feedback received so far from residents, some are concerned over disruption to foliage and trees that would be in the way of the sidewalks.

Councilmember Douglas Noble mentioned that homeowners don’t have control over town-owned easement property on the outskirts of a lot, but added it was determined that the public works department has ways of building the sidewalks without disrupting or killing the trees in the direct path.

During public comment at the meeting, two parents expressed support for the sidewalks and voiced concerns about their kids’ safety.

“A tree can be replanted… I wanna put that in perspective,” a father of two young daughters said. “You can’t replace a child if she gets hit by a car. A 62- year-old maple tree doesn’t matter — my kids matter.”

The man also shared the importance of this project for several families who have recently moved into the neighborhood around Cabin Road.

“I cannot believe we are spending this much time talking about sidewalks, but it’s a democracy at its finest,” he said.

A mother also came up to the podium and shared how she makes her kids FaceTime her after they get off the school bus to ensure their walk home goes smoothly.

She said that she often sees cars speeding down Cabin Road — coming too close to her kids on an unprotected road shoulder for comfort.

After public feedback, the Town Council passed a motion at the meeting to prepare design sidewalk plans on Plum Street, Cabin Road and John Marshall Drive.

END_OF_DOCUMENT_TOKEN_TO_BE_REPLACED

More Stories
Tysons Goes to Hollywood: My Dad is Going to be on ‘Jeopardy!’Luxury for Less: February 26